Southern Wine and Spirits, officially Southern Glazer's Wine & Spirits, is the country's largest distributor of wine and spirits. They are currently listed as #25 on Forbes' list of America's largest private companies.

Glazer's and Southern Wine and Spirits were two different companies in the beginning. Both had interesting and varied histories in the alcohol industry that eventually brought the two companies together on a distribution contract for Bacardi, resulting in a decision to announce a merger two years later.

Louis Glazer opened Glazer's, which was known as the Jumbo Bottling Company, in 1909 in Dallas, Texas. Initially, they distributed flavored soda water from the back of horse-drawn wagons. Once Prohibition was repealed in 1933, three of his sons started Glazer's Wholesale Distributors and were awarded the distribution contract for Schlitz Beer. From there, they started opening in new states, expanding their overall market base.

Harvey Chaplin, one of the original founders of Southern Wine & Spirits, started his career working for Schenley Industries, which was the marketer and American importer of Dewar's White Label Scotch. Southern Wine & Spirits of America, Inc., was founded in 1968, in Miami, Florida. Like Glazer's, Southern started multi-state operations, with Harvey's son Wayne joining the company in 1984. By 1992, Southern was the largest U.S. wine and spirits wholesaler.

From 2013 to 2015, Southern started expanding their technology, implementing supply chain technology and establishing the first regional distribution center in the wine and spirits industry in Tracy, California, along with a high-tech ASRS-enabled facility nearby in Union City. ASRS stands for Automated Storage and Retrieval System.

In 2016, Southern Wine and Spirits merged with Glazer's to form Southern Glazer's Wine & Spirits, LLC. Prior to the merge, Glazer's was the fourth-largest alcohol distributor in the country, operating in 14 states, Canada, and the Caribbean. Southern was the largest distributor already, operating in 35 states. One division that was not included in the merger was Glazer's malt beverage distribution. Glazer's Beer & Beverage, which included MillerCoors beer distribution was separated off, and is still owned by the Glazer family.

With the merger, the company was awarded national distribution rights to Bacardi products, becoming the first nationally aligned supplier-wholesaler in the industry's history.

According to their website, Southern Glazer's Wine & Spirits employs more than 20,000 team members and distributes more than 150 million cases of wine and spirits annually. Current heads of the company come from both founding families.

Today, Southern Glazer's distributes over 5,000 products in 44 U.S. markets, the District of Columbia, Canada, and the Caribbean. Their selling divisions are in place to help the company handle specific partners and different alcohol categories more effectively. They include:

With over 5,000 brands, it's likely that you're already familiar with a number of Southern Glazer's Wine & Spirits Brands' products. Some of the biggest brands under each company they represent include: 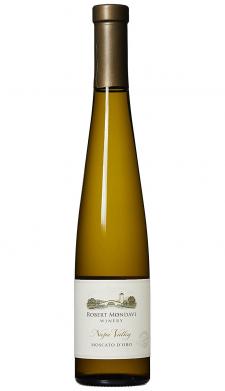 Recognized as a Fortune 500 company, Constellation Brands is an international producer and marketer of beer, wine, and spirits. They have operations in the U.S., Mexico, New Zealand, Italy, and Canada. They are the No. 3 beer company in the U.S.

Pernod Ricard USA was initially a small player in the alcohol industry, originally known as Austin Nichols. After a decade of hard work and branding, they now have a strong portfolio of premium brands. 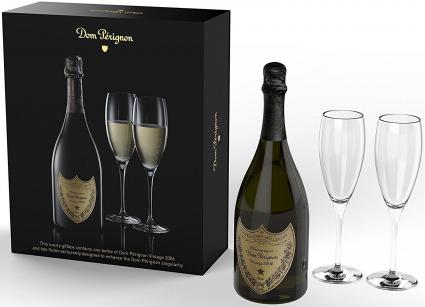 Moët Hennessy USA is part of the LVMH group, which comprises 70 houses representing the five major sectors of the luxury market, including wine and spirits. This sector is overseen by Moët Hennessy.

Diageo is a global company that produces over 200 brands that are distributed to more than 180 countries around the world. As a company, Diageo has only existed since 1997.

The Reason for Brand Levels

You might be slightly confused on all these middlemen and why the individual liquor manufacturers and breweries don't just sell straight to retailers and consumers. One reason is the three-tier system which was initiated after Prohibition was repealed in an attempt to prevent suppliers from selling directly to the retailer, acting as both a supplier and retailer at the same time.

Prior to Prohibition, unfair and manipulative practices left breweries with full control to get their product exclusively on shelves, preventing fair competition. Now, all beer (and most other alcohol) must pass through a distributor who does marketing and sales for the producer (first tier) and sells to retailers (third tier) like bars, liquor stores, and grocery stores.

Brands like Diageo and Constellation are considered the producers and sell to sources like Southern Glazer's Wine & Spirits, who get their brands in front of retail markets. 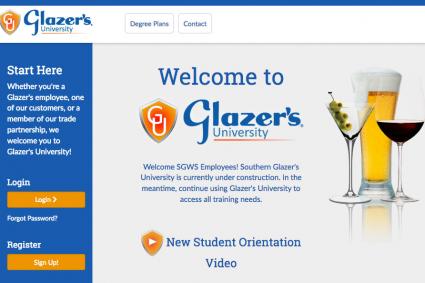 Southern Glazer's Wine & Spirits offers some educational services for employees, customers, and supply partners. These include:

Southern Glazer's Wine & Spirits employees hold many certifications and degrees. Employees have completed over 5,000 wine, sake, and spirits education programs, which include:

Southern Glazer's Wine & Spirits goes the extra mile and ensures they give back to the community. They donate to charities, volunteer with outreach programs, promote responsible consumption, and strive to maintain sustainable environmental practices. Organizations they support include:

Southern Glazer's Wine & Spirits continues to grow, securing new deals and expanding to new markets. As the largest distributor in the US already, it's not unrealistic to expect them to continue expanding into more markets, even those outside of the United States.