Gaja is a popular wine producer from the Piemonte (Piedmont) region of Italy that primarily produces Barbaresco and Barolo wines. They also produce Brunello and "Super Tuscans."

The Gaja family settled in the Piedmont region back in the 17th century. The winery was named for founder Giovanni Gaja, who started it with only five acres (two hectares). Today, Gaia Gaja is at the helm, marking the 5th generation of family members involved in winery operations.

While the winery has always been successful, it's Angelo Gaja, who has been there since 1961, who helped make it one of the most iconic wineries in the world. Angelo's father began acquiring superb vineyards in Barbaresco in the 1960s, including the three "crus" that the winery is best known for: Costa Russi, Sorì Tildìn, and Sorì San Lorenzo. 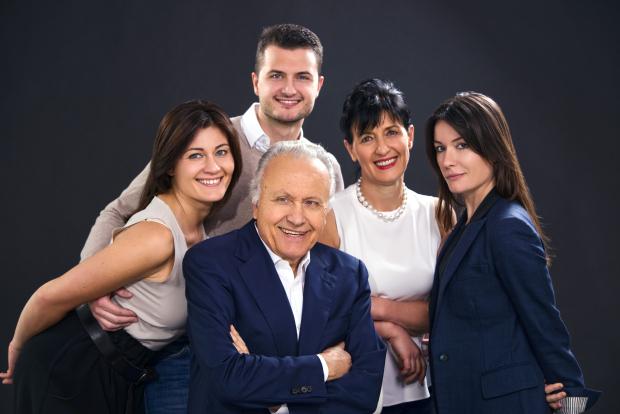 Angelo's father, also named Giovanni, started an early marketing trend that has continued through today. By putting the name "GAJA" in a big red typeface on the bottles back in the 1930's, he established the motto that the winery doesn't sell Barbaresco, Bolgheri, Barolo, or Brunello -- they sell Gaja.

When Angelo started working full-time in the 1970's, he made a lot of changes at the winery, including establishing those signature vineyards his father acquired into the single vineyard Barbarescos that are so renowned. He appointed Guido Riveall as his winemaker around this time, which allowed Angelo to focus more on sales, marketing, and new acquisitions.

Angelo started the controversial use of new French oak barrique in his wines after traveling to France often. He planted French grapes, much to his dad's dismay as well. His dad even named Angelo's first Cabernet Sauvignon-based red Darmagi, which meant "what a pity" in the Piedmont dialect. Cabernet grapes had been absent here for nearly a century.

Today, Gaja has 101 hectares of vineyards, which are divided into 32 separate plots, producing around 30,000 cases of wine per year. They make a variety of wines, but probably what they are most known for are their iconic Barbaresco wines.

Angelo's three signature crus, Costa Russi, Sorì Tildìn, and Sorì San Lorenzo, are what Gaja is most known for in recent times. In 2016, they announced these would be relabeled going forward and bear the Barbaresco DOP, Denominazione Origine Protetta label. At the time the announcement was made, Gaja was on the 2011 bottling, and the new change would take effect with the 2013 bottling.

This is the winery's flagship wine that has been produced since their beginning. It's a 100% Nebbiolo varietal sourced from 14 different Barbaresco vineyards. The wine undergoes 12 months of aging in oak casks. 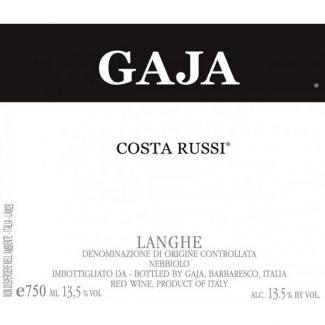 This was the first of the single vineyard Barbarescos Angelo Gaja started in 1967. It's regarded as the most approachable Barbaresco, and is the softest and most refined. It was first released in 1978. The fermentation process on this wine typically takes 15-20 days on skins in stainless steel. Wines are then transferred to barrique for malolactic fermentation and can remain there for a year prior to spending the next 12 months in oak casks.

This was the second of the three iconic crus, and was acquired in 1967, producing single vineyard wines starting in 1970. It's harvested from the Roncagliette vineyard, which produces grapes for this wine as well as Costa Russi. These wines tend to have medium alcohol levels, high tannins, and acidity. They have the ability to age a long time, which helps them develop some interesting flavors like rose petals, licorice, spice, and tar.

The third of the iconic crus was acquired from the parish of Alba in 1964 and named after San Lorenzo, the patron saint of the cathedral. It is the most concentrated and powerful of the three big Barbarescos Gaja produces. Grapes here are sourced from the Secondine Vineyard, which helps give it strong tannins in its younger years. Fermentation on this wine typically lasts 15-20 days, with the grapes going into barrique for malolactic fermentation, where it stays for a year before spending another year in oak casks. 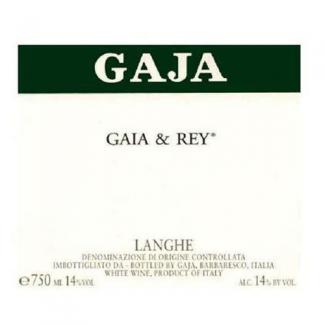 Aside from the Barbaresco wines that Gaja is most renowned for, there are several other iconic wines in their portfolio worth mentioning specifically.

This was Gaja's first white wine, and it's named for Angelo Gaja's oldest daughter (Gaia) and his grandmother, Clotilde Rey. This Chardonnay is a popular wine and can be found from several retailers, including JJ Buckley who has the 2000 Gaia & Rey for about $210. The 2000 vintage received 91 points from Wine Spectator, who noted aromas and flavors of apple pie, banana bread, and pineapple. It's full-bodied with a long, beautiful finish.

Darmagi is the vineyard with French Cabernet Sauvignon grapes Angelo Gaja planted in 1978, which his father named Darmagi, or "what a shame". The Darmagi has grown to become one of the more highly-awarded wines from Gaja. The 2011 vintage received 94 points from Robert Parker and the Wine Advocate. He notes lots of character, with tangy aromas of sage and rosemary oil, which are followed by black cherry and chocolate on the palate. Drink between 2017 and 2035. Vinfolio, which specializes in hard to find and more collectible wines, has Darmagi 2011 available for $375. 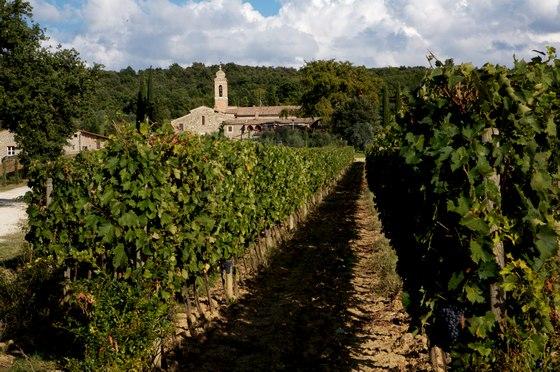 Located in Tuscany, Gaja acquired Pieve Santa Restituta in 1994. It produces several wines, including the Brunello di Montalcino, which is made with Sangiovese grapes. JJ Buckley Fine Wines has the 2012 Gaja Pieve Santa Restituta Brunello di Montalcino for bout $90. It received 94 points from Wine Spectator, who noted cherry, strawberry, and earth flavors, with depth added from spice and tobacco notes. The recommend drinking from 2019 to 2032.

Ca' Marcanda is located in Tuscany as well and was purchased by Gaja in 1996. The Ca' Marcanda winery produces four wines: Promis, Magari, Camarcanda, and Vistamare.

Camarcanda is the winery's flagship wine and falls under the Bolgheri DOC. It's made with 50% Merlot, 40% Cabernet Sauvignon, and 10% Cabernet Franc. The official tasting notes point out the complexity of this wine and its powerful tannic structure, mineral character notes, rich fruit, and a long finish.

Promis was created by the Gaja family to represent commitment, expectation, fulfillment, and hope. It's from the Toscana IGT, and the grapes are grown in rich, dark soils that display clay characteristics. The region's climate of hot summer days, sea air, and cool nights, is ideal for grape growing here. Promis is 55% Merlot, 35% Syrah, and 10% Sangiovese. This wine combines the elegance and supple nature of Merlot and Syrah with the strong elements of a Sangiovese. While you can drink it young, it also has the potential to age 5-8 years. 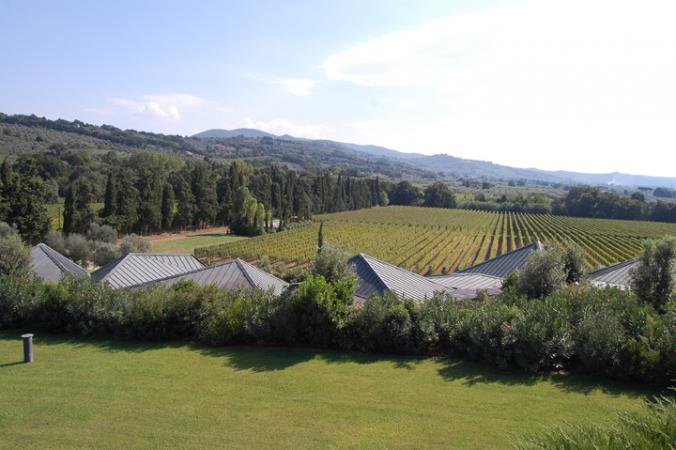 Magari comes from the Bolgheri DOC, and is 50% Merlot, 25% Cabernet Sauvignon, and 25% Cabernet Franc. The clay-rich soil of its vineyard is ideal for wines with a pronounced minerality. Lushness from the Merlot and spice from the Cabernet, help make Magari a well-rounded wine with an elegant, silky finish. Look for aromas of balsamic herbs, mint, eucalyptus, ink, and sweet spices. Also hints of anise and dill, lavender, and violet flowers. On the palate, look for black cherry.

Vistamare is a nod to the Tuscan coast and means sea view. It's part of the Toscana IGT appellation, and it is made with a blend of Vermentino and Viognier from various estate-owned vineyards. Interestingly, with this wine, the varieties are fermented separately and then blended together. Look for aromas like peach and apricot.

Where to Buy Ca' Marcanda Wines

In April 2017, Angelo Gaja announced his family's winemaking business is expanding to Sicily, and they are forming a joint venture with Mount Etna winemaker, Alberto Graci. Together, they purchased 51 acres, including 27 acres of vineyards that have Etna native grapes like Carricante and Nerello Mascalese. They plan to plant another 10 acres, eventually building a winery for the new company.

If you have an interest in Italian wines, especially Barbaresco, Gaja is considered one of the Italian greats. If you can get your hands on a bottle for a reasonable price, it's worth the investment, especially if you can cellar it for a while.

0
Comments
© 2006-2021 LoveToKnow, Corp., except where otherwise noted. All Rights Reserved.
A Guide to Iconic Gaja Wines