France is blessed with renowned wine regions all across the country. Each region is known for specific varieties of wine, with traditions dating back centuries. Whether it's the beautiful chateaux of Loire and Bordeaux or the prestigious Champagne houses in Champagne, visiting any of France's wine countries is an unforgettable experience.

The Champagne region is most noted for what else, but, Champagne itself. Following strict and traditional rules, only sparkling wines produced in this region can be called Champagne. Champagne is about 90 miles northeast of Paris, making it an easy day trip. There are several wine trails in the Champagne region, including:

One of the best trails to visit is the Avenue de Champagne in Epernay, as the most famous Champagne Houses are located here and it is included on the UNESCO World Heritage List. Dom Perignon (Moët & Chandon) and Pol Roger are some of the houses you'll find here.

Burgundy, or Bourgogne, is one of France's most famous wine regions. Located southeast of Paris, Bourgogne consists of districts like Chablis, Côte d'Or, Côte Chalonnaise, Mâconnais, and the disjoined region of Beaujolais, which is further south. A few of these districts are the reason Burgundy is so renowned, and produce some of the world's most expensive wines like DRC, or Domaine de la Romanée Conti. If you're looking for some more affordable options, Wine Enthusiast has a guide to buying Burgundy wines. A few of the important, or more well-known, regions in Burgundy include:

Chablis wines are made from only Chardonnay grapes and are divided into four appellations: Chablis, Petit Chablis, Chablis Premier Cru, and Chablis Grand Cru. 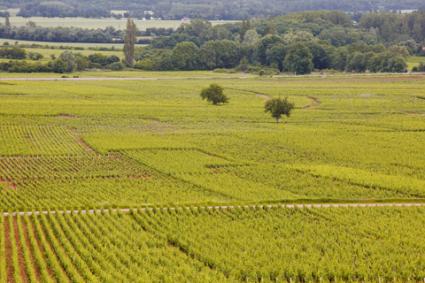 Côte d'Or is southeast of Chablis and is home to both red and white wines. The northern end of Côte d'Or is Côte de Nuits, known for its luscious, full-bodied reds like Pinot Noir, while the southern end of Côte de Beaune produces both beautiful dry whites and elegant reds. Some of France's best Chardonnay grapes are grown here, given that seven of the eight grand crus are found here. Appellations like Pommard, Volnay, Mersault, and Puligny-Montrachet are recognizable names.

The southern region of Beaujolais is known for light red wines made from Gamay grapes. Beaujolais may sound familiar as the popular Beaujolais Nouveau Day every November is a big to-do in France.

The Loire Valley is one of France's fairytale wine regions, filled with beautiful chateaux and renowned vineyards. The Loire has nearly 30 AOC (Appellelation d'Origine Contrôlee, or controlled designation of origin), which includes a variety of white, red, rosé, sparkling, and dessert wines. Pinot Noir and Cabernet Franc are two of the well-known wines that flourish in the Loire Valley.

The Loire wine region is situated along the Loire River, running east to west, and it's divided into three sections:

Appellations within the Loire Valley include Pays Nantais, Anjou, Saumur, Touraine, and Centre-Loire. A section of the Louire, between Sully-sur-Loire and Charlonnes-sur-Loire, is also UNESCO World Heritage Site. If you're looking for winery suggestions, Decanter Magazine has their "top 6 wineries" in Loire, including Domaine Henri Bourgeois in Sancerre, which produces Le MD de Bourgeois that comes from the Les Monts Damnés slopes.

France's Rhône Valley runs north to south in France, starting from Lyon and extended to just north of Provence. It is home to a wide variety of grapes, including Mourvèdre, Marsanne, Syrah, Red Grenache, and Viognier. Many wines from the Rhône Valley are entry-level blends, like Côtes du Rhône AOC; however, there are a number of higher-end Crus, one of the most famous being Châteauneuf-du-Pape, which is made by blending several of the up to 14 permitted grape varieties.

Next to Burgundy, Bordeaux is probably the most well-known French wine region. One of the most noted historical events in Bordeaux was the Bordeaux Wine Official Classification of 1855, which was a result of the 1855 Exposition Universelle de Paris. Emperor Napoleon III wanted a classification system to display the best wines to visitors. Wines were ranked from first to fifth growths, or crus. The First Growths, or Premiers Crus, are 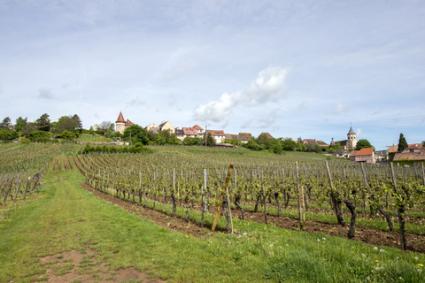 Alsace is a charming area of northeastern France that lies along the Rhine River, just across from Germany and Switzerland. Wines from Alsace are primarily white and, thanks to the Germanic influence, you'll find Riesling, Gewurztraminer, Pinot Blanc, and Pinot Gris grapes here. Pinot Noir also makes an appearance as well. If you're in search of a good one to try, Wine Enthusiast has a Top Alsatian White Wines list to start with.

Moving to the southern part of France, you'll find the Provence region, often associated with the glamorous Mediterranean coast of France. Winemaking in Provence has been around for over 2,600 years, making it the oldest wine producing region of France. White grapes grown here include Ugni Blanc (also known as Trebbiano) and Marsanne, while some familiar red grapes include Syrah, Mourvèdre, Tannat, and Cabernet Sauvignon. The star of Provence is the rosé. Rosé here is made with red or dark grapes whose skins have limited contact with the juice. Unlike the often cheap and sweet wines like White Zinfandel you might find in the US, traditional rosé from Provence is not sweet.

The Guardian has a good list of Provence winemakers to visit, including Domaine de l'Estagnol. Don't miss sampling the herb and olive-oil cuisine of Provence, or a visit to the stunning lavender fields if you're in the region.

Languedoc-Roussillon is located in the south of France, next to Provence, and extending to the border of the Pyrénées Mountains. It's one of France's biggest wine regions, with appellations like Minervois, Corbières, Coteaux du Languedoc, Saint Chinian, and more.

Look for full-bodied reds from Saint Chinian and Corbieres, while Banyuls is known for its sweet red wines. Light and dry rosés are common in Languedoc-Roussillon as well. In the 1970's, Languedoc-Roussillon got a bad rap for producing cheap "jug wine." Old grenache vines have since been replaced with varietals like Carignon, and the region is slowly regaining its status. 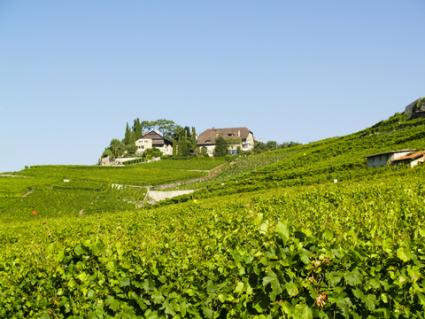 Cahors is located in the southwest of France and is considered the birthplace of Malbec, sometimes referred to as the "Black Wine." It was granted its own Appellation d'Origine Contrôlée status in 1971; however, it means that under AOC rules, at least 70% of the wine must be made with Malbec to qualify for status. You are likely to see Malbec referred to as Côt rather than Malbec in France. Try a Malbec from Clos Triguedina, from Jean Luc Baldes, considered "master of the Malbec grape."

Savoie is located in eastern France, in the alpine mountainous region of Mont Blanc. Grapes like Jacquère, Altesse, and Mondeuse are rarely found elsewhere but Savoie. Don't skip special wines like Les Caves du Prieuré's Cuvée Eole, a sweet white made from Altesse grapes that are harvested early and then left for months prior to crushing so the sugar content grows.

Depending on the particular region, the wineries themselves may not offer tastings for visitors. Look for signs that say "degustation," which means tasting. In the smaller villages, you may find one location that offers tastings representing more than one winery. When it comes to the big chateaux in places like Bordeaux, you'll either need a reservation, if they allow visitors, or access via an organized tour that has credentials.

As with many towns and villages in Europe, don't be surprised to find everything closed on Sundays. Big cities like Bordeaux will have restaurants and shops open. Don't skip driving through wine country if the only day you can go is a Sunday as many of the villages are less congested and rather charming when it's completely quiet.