While many wines now feature twist-off caps, there are lots of varieties that still use corks. If you don't consume the bottle at one time, resealing these varieties can be a bit more complicated. Fortunately, there are several methods for saving your wine to enjoy later.

If the cork is in good condition and was removed with a traditional corkscrew, you may be able to force it back into the bottle with the right technique. Always examine the cork first to determine which end was inside the bottle. That's the end that should go back in, since the outer end may be contaminated with dust. Refrigerate the wine after it is resealed; it will keep for three to five days.

Wrap the Cork in Waxed Paper

If you're having trouble getting the cork to slide back into the bottle with your hand, there may be too much friction between the surface of the cork and the glass bottle. You can reduce the friction by wrapping the cork in a small piece of waxed paper. The wine will keep for three to five days refrigerated with this method.

Use Paper Towel if You've Lost the Cork

Sometimes, no matter how practiced you are at opening wine, the cork can crumble or break, leaving you with nothing to use to reseal the wine. If that happens, you can make a temporary cork out of paper towel, plastic wrap, and tape. This is only a temporary solution until you find a cork or a wine stopper, but it will work in a pinch. It will only keep for a day or so, so you'll need to replace it quickly.

Wine stoppers are affordable and easy to use. They're also easy to find; most stores that sell kitchen or wine supplies have them. It's a good idea to have a few on hand if you drink wine and often don't finish the bottle. Simple stoppers may cost a few dollars for three or more, while decorative stoppers may cost around $15 to $20 for a set of three. Keep several and you'll always be able to plug an unused bottle of wine. Stoppers work about the same as recorking the wine. Chilled, they will preserve it for three to five days. 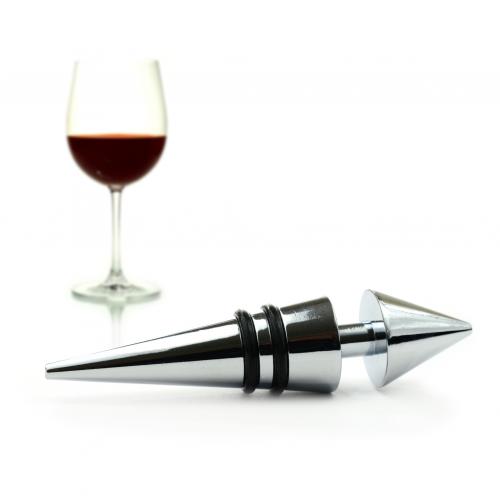 Use a Wine Saver

Champagne and sparkling wine generally come with tapered corks that won't fit back in the bottle, no matter what method you try. However, there's still a way to reseal these wines.

Something to keep in mind with sparkling wine, however, is that many people feel it tastes better if the cork is left out. You can even insert a spoon in the neck of the bottle to help keep it fresh. It's best to store sparkling wine in the fridge and consume it within a day or two after opening the bottle.

No matter what you do, remember any method of resealing wine will not actually preserve it for longer. For that, you'll need a wine dispenser that keeps air from getting to the wine. Once the air has been in contact with the wine, it should be stored in the refrigerator and consumed within a few days. Still, knowing how to reseal wine is handy for when you need to transport it or keep it fresh for a little while.

2
Comments
© 2006-2021 LoveToKnow, Corp., except where otherwise noted. All Rights Reserved.
6 Ways to Reseal a Wine Bottle