Anyone who has ever ordered a martini has heard of it, but some wonder, what is vermouth and what's in it? Vermouth, a popular ingredient in classic cocktails such as the martini, the negroni, and the Manhattan, is an aromatized and fortified wine that ranges from dry to sweet and has a bitter characteristic that adds balance and interest.

What Is Vermouth's Connection With Wine?

You may be wondering, if vermouth goes in cocktails like martinis, what exactly does it have to do with wine? Vermouth is a type of fortified wine that has a neutral spirit added to boost alcohol content. It is then aromatized by infusing various herbs, botanicals, and spices and is sometimes sweetened. What separates it from other aromatized and fortified wines such as Madeira is the addition of a bittering agent to add a bitterness that is characteristic of vermouth's flavor profile. Wormwood was originally the bittering agent, and some artisan brands still use it, but others use other ingredients such as quinine (cinchona bark), angelica, or licorice root.

Making the Wine Used for Vermouth

Vermouth begins as wine made from grapes without much of their own flavor or character. Several grapes can be used in vermouth including:

After the wine is made, if the end product is to be a sweet vermouth, the winemakers add sugar syrup or caramelized sugar to the wine. A sweet vermouth might have as much as 15 percent sugar by volume, while a dry vermouth will have 5 percent or lower.

If you ask any wine enthusiast about fortified wine, their first thoughts always go to Port or Sherry. It's true, Port and Sherry are fortified wines (and delicious ones at that). Think of vermouth as sort of a distant cousin. The vermouth distillers marry their base wine with a neutral spirit to boost alcohol content. This is most commonly brandy or neutral grape spirits, but other spirits may be used as well. The final alcohol content ranges from about 16 to 22 percent alcohol by volume (ABV).

The vermouth is then blended with herbs, spices, and botanicals that infuse their flavors into the spirit. Most of these recipes are closely guarded secrets, and each producer has come up with their own formula. 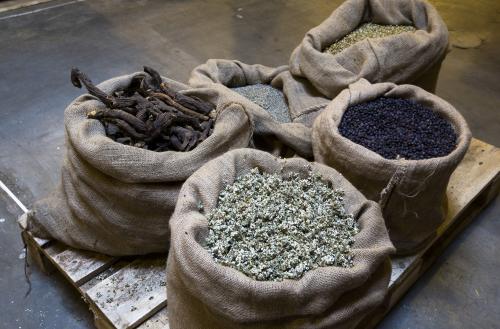 These vary by label, but here are some common additions:

Vermouth can range from dry to sweet and can be red, blush, or white. Its fragrances and flavor profiles may vary as well depending on the types of botanicals, herbs, and spices used in the aromatizing process. In general, red vermouth is sweet while white vermouth is dry, but winemakers are coming up with all sorts of interesting combinations.

Sweet vermouth tends to be red, although you can also find sweet white vermouth often labeled blanc vermouth. Vermouth crafters distill sweet vermouth much in the same way as the dry version, with one addition to the recipe, which is sugar. This addition keeps the bitter flavors of vermouth to a minimum, therefore making it a little sweeter. Don't get confused though, even though its label reads "sweet", it is not sweet like Port. It still holds onto to a bit of the distinct bitterness that defines vermouth's flavor resulting in a mouthwatering bittersweet flavor profile. Some people enjoy sweet vermouth as an apéritif.

Now that you have the answer to the question of what is vermouth, you may be wondering about specific vermouth brands. Try some of the following.

Store unopened vermouth as you would wine; keep it in a dark, cool location away from extreme temperature swings, light, and vibration. Try to use unopened bottles within a year or two of purchase. Once opened, you can store it, sealed, in the fridge for about a month. Look for off colors and flavors or flat, non-vibrant flavors as signs the Vermouth is past its prime. Since most people don't go through a lot of vermouth in a short period, you can always buy half-bottles or use it in cooking in place of wine if you need to use up extra before it goes bad.

Everyone knows of vermouth for martinis, and it's a great classic cocktail combination, pairing gin to dry vermouth ranging anywhere from a ratio of 6:1 (dry martini) to about 1:1 (wet martini). However, vermouth has a number of uses beyond the classic martini. 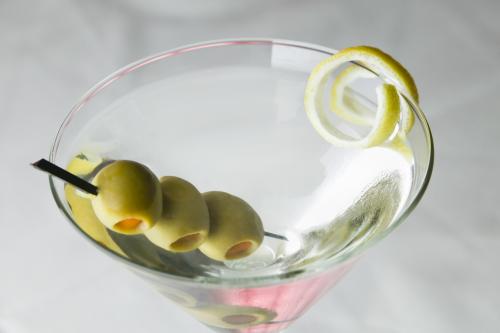 Originally used as a medicinal elixir of spirits and botanicals, vermouth takes its name from "wormwood", one of the original botanicals used to to add bitterness to the fortified wine. The first official vermouth was made in the late 1700s when Italian distiller Antonio Benedetto Carpano made a blend of Moscato wine and botanicals he called "vermouth." From here, distillers in France and Italy began making their own versions of the wine.

Getting to Know Vermouth

Through no fault of its own, vermouth has gotten a bad rap over the years. Some say that the rise in popularity of the martini helped vermouth bottles fly off the shelves. But the resurgence in the martini's popularity also was what gave the fortified wine a bad rap. Many began ordering martinis without the vermouth, treating it as though it isn't good enough to be in the same glass as a martini. Do not believe the hype of this negative campaign against vermouth; the next time you order a classic martini, do yourself a favor and let the barkeep pour the vermouth.