While the Rioja region in Spain produces both red and white wines, it is especially known for its big reds made primarily from Tempranillo blended with other reds such as Garnacha (Grenache), Graciano, and Mazuelo. Rioja is one of two wine regions to hold Spain's top quality designation, DOCa (Denominación de Origen Calificada). There are several styles of Rioja wines based on the length of time the wine is aged.

Rioja red wines can range in flavors and styles from light, fresh, and fruity to tannic, deep, complex, and bold. Expect flavors of dark stone fruits (cherries and plums) with notes of herbs, leather, and vanilla. The wines tend to be dry and medium-bodied with moderate to high acidity.

While Spain's Priorat wine region and wines aren't as well-known as Tempranillo and Rioja, the red wines that are produced here are silky, complex, and delicious. Producing red wine blends primarily from the Garnacha grape with the addition of Cariñena (Carignan), Syrah, and other red wine grapes. Priorat is the only other wine-producing region in Spain outside of Rioja to hold the top tier DOCa designation. Due to low yields of grapes grown in the region, the wines can be expensive but well worth the cost. Red Priorats are classified based on time spent aging and in oak with classifications similar to those of Rioja. Priorat wines tend to be earthy with flavors of black fruits, smoke, berries, and herbs. 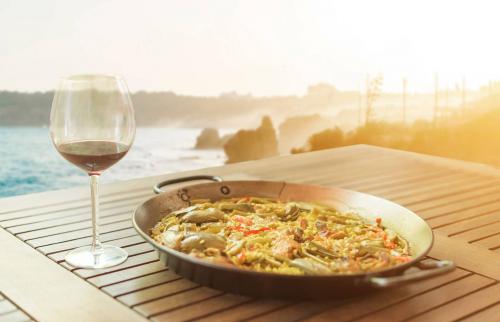 Cava (kaa-vuh) is Spain's answer to Champagne, a sparkling wine made primarily from the white wine grapes Macabeu, Parellada, Xarello, Pinot Noir, Chardonnay, and/or other grapes. Cava can be made as a white or rosé sparkler, and the rosé Cavas are made using the saignée method in which the rosé wine is bled from the red wine during primary fermentation. Other Spanish red grapes such as Garnacha may be used to make rosé Cava.

While Cava wines can rival the quality and flavors of French Champagne, they are usually far less expensive than their French counterparts.

Sherry is a fortified wine from Andalucía, Spain that comes in a variety of styles and levels of sweetness. Sherry has a small but passionate following all around the world of people who enjoy the unique, nutty, flavorful wines that result. Sherry wines can range anywhere from very dry to very sweet.

Red wines from Spain's Ribera del Duero region are made from Tinto Fino, another name for the Tempranillo grape. The wines from this region tend to be big and bold with lots of aging potential and typical Tempranillo flavors of dark fruits, berries, and hearty tannins.

Albariño (al-bah-ree-nyo) is an aromatic Spanish white wine with lots of acidity. It has flavors and aromas of flowers and citrus fruits and melons along with salinity and minerality that adds interest. 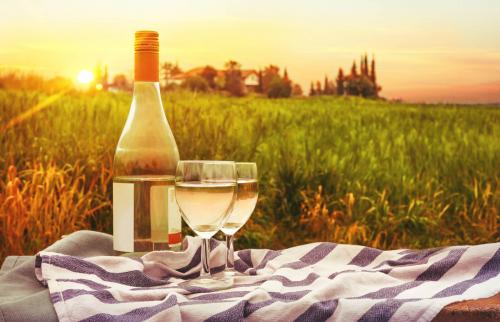 Godello (Goh-day-yoh) wine is a delicious white to drink in the summer. It's very dry with zippy acidity and flavors of lemons and grapefruits and a palate pleasing salinity and minerality. Godello wines are made from grapes grown primarily in Galicia.

There are many great Spanish wines you can try. When in doubt, head to your local wine vendor and ask for a few recommendations. You may be surprised at how good, not to mention comparatively inexpensive, wines from Spain can be.