Spain is home to numerous wine regions that make delicious and exciting Old World wines to satisfy wine lovers with varying tastes. While it doesn't often get the same amount of attention nearby France receives in the wine world, the wines from Spain are well worth drinking.

Spain has produced wines for more than a millennium and even in the modern day, winemaking is steeped in tradition. Winemakers from across the country make different types of wines (called vinos in Spanish), including structured reds that age well, refreshing whites, fortified sherries, and sparkling wines.

Spain classifies its wines according to its quality categories. This classification system is complex and governed by country-wide laws, as well as regional standards. In general, the lower quality wines are sold only within Spain and not exported worldwide. Wine quality ratings you'll find for wines sold mostly within the country include:

As winemakers move into premium wines, Spanish laws govern the types of wines that may be produced.

Most of the Spanish wines available outside of Spain are Denominación de Origen (DO) wines or higher. Each major Spanish wine region is part of its own DO which has its own regulations regarding gape varietals, fruit yields, aging, and other quality indicators. Regulatory bodies for each DO, called Consejos Reguladores, set standards, grade vintages, and control labeling laws within their own DO that winemakers must meet to be able to label their wines as DO.

Wines in this category, also called DoC or DOQ wines, is a level above DO. Based on region, a national committee decides which regions qualify for DoC status and determines which regions meet the criteria for being a DoC wine. Resultantly, DoC wines tend to be more expensive and difficult to obtain than DO wines. Currently, only two regions - Priorat and Rioja - meet the strict qualifications to earn DoC labels.

A final quality classification for Spanish wines ins Vino de Pago (VP or DO Pago). When a wine label holds this designation, it indicates a single estate wine, which means grapes and bottling all come from a single estate. However, the DO or DoC must also label this as a wine coming from a great wine estate, which is a highly subjective category arrived at by governing bodies in Spain.

In DO and DoCs, Spanish wine labeling law dictates that winemakers may indicate on the label how the wine has been aged to further classify the wines. In general, winemakers age wine both in the bottle and in the barrel, and DO and DoC guidelines require that wines have certain minimum times in the barrell and bottle to receive the following designations.

Joven wines are young wines that are likely not aged in oak barrels. As a result, these wines have fruitier, more acidic, and crisper flavors that often lack the vanilla and toast notes of oak-aged wines. Joven wines are best drunk in their youth and are not intended to be aged in the bottle.

These indicate younger wines that have been aged a short period in oak - usually just a few months. Therefore, these wines are likely to have a hint of classic oak flavors like toast or vanilla, although the time in the barrels isn't long enough to have strongly developed oak characteristics. These are typically best consumed within a few years of purchase.

When wines have been aged in oak barrels for six months or longer, with a total minimum aging time of two years, winemakers may call the wine Crianza. These wines will have more developed oak flavors. While you can typically drink Crianza wines when you purchase them, in many cases they will also age well for about four or five years, so these are wines you can either drink now or move to short-term storage for drinking a few years down the line.

Reserva wines usually age in barrels for a year or two, and they must be aged in the bottle or oak combined for at least three years before release. Likewise, winemakers typically use higher quality grapes in these wines, and if it is a poor vintage, then winemakers may not be allowed to bottle Reserva wines that year. Instead, wines produced in those years will have labels like Crianza, Barrica, or Juven. Because of this, Reserva wines are often a little more expensive than their more youthful counterparts. These wines typically do best with a little additional age under their belt after you purchase them, and you can often hold them for ten years or longer while the wines continue to develop.

These are the longest aged wines coming from the most select grapes and produced during the best vintages. Gran Reservas are typically limited bottlings using only top quality fruit. Total aging must be a minimum of five years, with at least two years of that in oak barrels. These wines tend to have plenty of tannins and structure, and they age so well that wine collectors can hold the bottles for 10, 15, 20, or even 30 years or longer, and the wines continue to improve in quality and drinkability. Due to their limited availability and high quality, Gran Reserva wines tend to be the most sought after and expensive wines available from Spain. 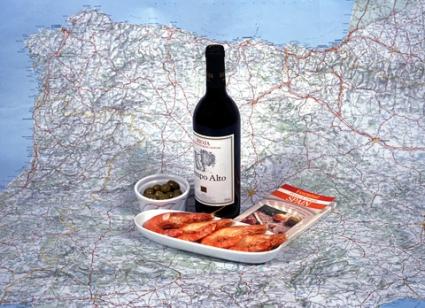 Spain is divided into seven distinct geographical regions. The climates, grapes grown, and terrior (earth types) all affect the quality, aromas, flavors, and yields of the grapes. Spain's seven overarching wine regions include:

While Spain has seven major regions and multiple subregions throughout the country, the wines Spain exports to the rest of the world come from the DO and DoC regions. These wines are labeled according to the region, and each region has certain requirements about grape varietals, quality, yields, and aging.

Priorat sits in the Catalan sub-region of Spain along the Mediterranean Coast near Barcelona. With the designation DOQ (the Catalan version of DoC), Priorat wines are some of the finest wines exported from Spain. The region is mountainous, warm, and sunny, and the grapes are mostly red varietals.

The primary grape in Priorat wines is Garnacha, known elsewhere in the world as the Rhone varietal Grenache. This red varietal is smoky and dense with a distinct earthy characteristic. Priorat wines age well and have plenty of structure as well as a distinct mineral character that comes from the slate soil (called Licorella) found in the region. Other red varietals grown in the region include:

Because of the warmth of the region, the reds produced here turn out concentrated, mostly due to low vineyard yields which arise from hot temperatures and excellent soil drainage.

Whites from Prirorat are less common, and the DOQ only authorizes four white grapes:

Try the following wines from Priorat:

Along with Priorat, Rioja is one of Spain's two DoC regions. Located in the Ebro River Valley, Rioja sits on a plateau in northern Spain protected by mountains that help moderate the climate. Rioja produces blanco, rosado, and tinto wines that are often a blend of grapes grown in the region. More than three-fourths of the wine exported from Rioja is red.

Typically, red blends are more than 50 percent Tempranillo, with the other red varietals making up the remainder of the blend. With chalky clay soil and moderate temperatures, Rioja wines are typically concentrated due to old vines and low yields for grape crops in the region. Rioja reds tend to have plenty of tannins and structure, so they age well, but the wines also have soft fruitiness to them that adds subtlety.

The whites are primarily Macabeo with the other two grapes blended in lower concentrations and tend to be crisp and acidic.

Two wines to try from Rijoa include:

Located in the Duero River Valley, Ribera del Duero is a DO region. It sits on a northern plateau on the Iberian Plateau where there is moderate to low rainfall. The region grows red grapes almost exclusively including:

Tinto Fino is the major grape in blends, with small concentrations of other red wine grapes. The wines are deep and concentrated and typically age well. The region also grows a single white varietal, Albillo, which is used to make locally distributed wines.

Two wines to try from Ribera del Duero are: 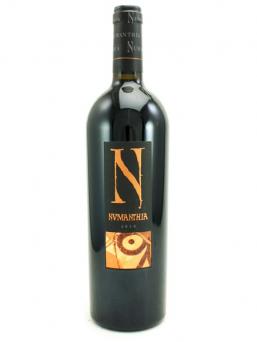 The DO Toro is right next to Ribera del Duero, and wines from the region are similar in style, flavors, and varietals. Wines to try from this region include:

Most Cava is produced in Catalonia and is a sparkling wine that is created using traditional Champagne making methods found in France. Cava is a DO wine. Cava might be blanco or rosado, and the grapes used in its production include:

Cava ranges from bone dry to very sweet, and its flavor and quality is similar to Champagne, although it is usually much more affordable. Try the following Cava wines: 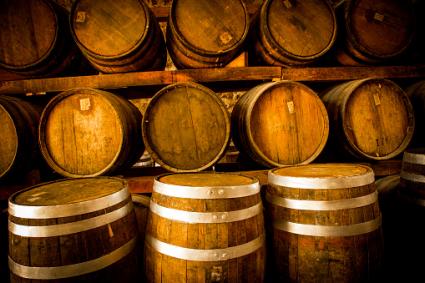 You'll find the Sherry region called different names, but they are all the same place. Located in Andalucia, this region produces very fine fortified sherry wines that range from very dry to sweet. The primary grape in Sherry is Palomino, but other grapes grown include Pedro Ximénez and Moscatel.

Sherry can be quite expensive for the good stuff, and because it is fortified, it can age for decades. Try the following:

These are two separate regions, but they are quite similar in style and varietal due to their neighboring locations on the Mediterranean Coast. The regions grow both red and white grapes. Red grapes include:

Whites tend to be consumed locally, while the region exports a small amount of reds. Wines from this region tend to be affordable when you can find them.

Located in Northwest Green Spain, Bierzo exports reds made from the grape Mencía, although it is often difficult to find these wines outside of Europe. For under $10 per bottle, try the Bodegas Merayo Mencia.

Located in Green Spain, Rias Baixas is known for its white wines made from the Albariños grape. These crisp whites are often unoaked, so they have fresh, crisp flavors. The wines are affordable. Try this Vina Sobreira Albarino for under $10.

Rueda, located in the Duero River Valley, is known for its white wines made from the Verdajo grape. Also grown locally is Sauvignon blanc, although you'll find white blends are primarily Verdajo with perhaps a little of the Sauvignon blanc blended in. The result is a crisp, citrusy white. Try Birlocho Rueda, which costs under $10 per bottle. 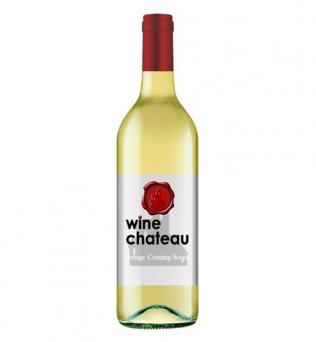 Another white wine region, Valdeorras is located in Northwest Spain. Grapes grown in the region include:

Godello is the primary grape, with small amounts of Dona Branca and Palomino Fino blended. Wines from this region are tasty and affordable. Try the Telmo Rodriguez Godello Gaba Do XIL, a Godello that costs about $10 per bottle.

When purchasing wines from Spain, you'll typically find them labeled by the region in which the grapes are grown and wines produced. On the label, you'll find the following information.

Like its European neighbors, Spain has complicated wine laws that render it a challenge to understand Spanish wine completely. However, with some basic knowledge, you will be able to purchase and enjoy these delicious wines.