There are parts of Sonoma County that provide the perfect growing conditions to make world-class Zinfandel wines. Zinfandel is a heat loving grape that thrives on plenty of sunshine with some moderate cooling from nearby coastal regions, which is exactly what Sonoma County has to offer. The result is juicy, jammy, delicious Zins that are the shining stars for many Sonoma County winemakers.

For a time, many people assumed Zinfandel was indigenous to California, but that was incorrect. More recently, the grape was linked to the Italian Primitivo and thought to be the same, which is true although not the complete story. In fact, through genetic backtracking it has been discovered that Zinfandel and Primitivo are the same varietal as the Croatian grape, Crljenak Kaštelanski. And while there's a genetic link (it's likely the same grape), although there are few exceptions where Zin wines are called Primitivo, Sonoma County wines made from this grape say Zinfandel on the label.

Zinfandel has enjoyed a sort of Renaissance in the past decade; it's grown increasingly popular as a high-quality, fine wine. In early days of California winemaking, Zinfandel was often disrespected when compared to California's big wines, Cabernet Sauvignon and Pinot Noir. While the spicy black grape has always been one of the state's most widely planted varieties, ranking second after Cab, it has had a long California history, not all of it stellar. For years, wine drinkers only associated Zinfandel with White Zinfandel, an inexpensive mass-market blush wine made from the same grape. However, some winemakers, such as Seghesio and Martinelli Winery, have always had a deft touch with Zinfandel, and their sterling efforts have contributed to the proliferation of truly great Zinfandel wines from Sonoma County.

What to Expect From a Sonoma County Zinfandel

Zinfandel is a dry, complex red that is all jammy blackberries and plums. It is laden with rustic briars, spicy pepper, tannins, and big doses of alcohol. Zins can be concentrated bombs of fruit that are boysenberry pie or restrained burliness. California's Zinfandel is grown in most wine regions within the state - Amador County in the Sierra Foothills, Napa Valley, Lodi, Paso Robles, and Mendocino. Each has their own character and style. But for the crème de la crème, look to Sonoma County Zinfandel wines where the black juicy variety is widely planted and comfortably makes its home.

Top Regions and Their Producers

Within the large Sonoma County wine region, there are a few sub-appellations that are nonpareil for Zinfandel. There are many large wineries and vineyard owners in the county, but the majority are small, family-owned, independent, and boutique wineries.

Zinfandel has gained prominence in this short and narrow valley running to the northwest of Healdsburg. Many consider Dry Creek to be the best place to grow Zinfandel. Many of the short, squat, and gnarly old vines Zinfandel dot the hillside vineyards here, and they are behind its rich and complex Zins. Zinfandel wines from old vines are big wines aromatic with pepper, cinnamon, coriander, and dried flower notes. 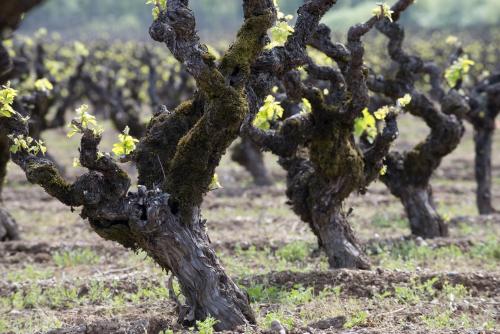 The Rockpile is a relatively new AVA (2002) and is on a rocky perch at the northern end of Dry Creek. The tough and rocky terrain is great for stressing the grapes, and the area gets a lot of sunshine as opposed to the fog that much of the rest of Sonoma County gets. It results in dark and robust Zinfandels that you can chew on.

This sub-appellation is a valley that follows the Russian River as it courses south and to the west from Mendocino County. It's a cool climate wine region with fog and maritime air mixing in with California sun. Pinot Noir and Chardonnay are the moneymakers here, but Zinfandel excels in some of the hillside areas to produce heady Zins. 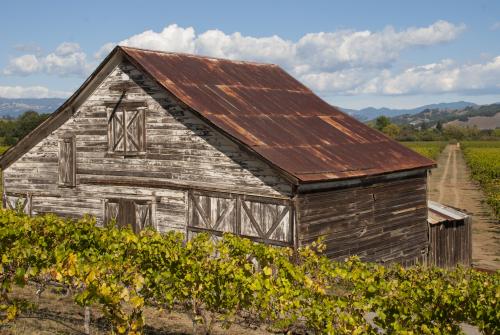 This is the largest wine region and borders with Mendocino County in the north. It's definitely a cooler climate, and Zinfandel is grown here in the shadow of Cabernet Sauvignon, Chardonnay, Sauvignon Blanc and Merlot. However, Zinfandel does well here, and there are many fine examples to vie for your Zin affection.

Many wineries source their Zinfandel grapes from vineyards throughout the county, producing world-class fine wines.

Zins Are the Jewel of Sonoma County

With several perfect mirco-climates for growing Zinfandel grapes and producing powerful, tasty wines, Sonoma County creates accessible Zinfandels that are definite crowd pleasers. With generations of experience behind the Zinfandel production in Sonoma County, you're sure to find consistently good Zins to please every palate.