Sherry (Jerez in Spanish) is a fortified white wine made from the Palomino Fino and Pedro Ximénez grapes in Spain. Sherry wines are made from grapes grown in the region near Jerez de la Frontera in Andalucía, which is in Southern Spain. While sweet Sherry has gained a foothold in the United States as a popular quaff, it's not the only type of Sherry available; the wines can very from very dry to very sweet, and from simple to complex.

Sherry From Spain Versus the Rest of the World

True Sherry is produced in Andalucía, Spain, and any Spanish wine labeled as "Sherry" must come from this region. However, Sherry wine is often imitated by wine producers from the rest of the world, so many wine producers throughout the world have created pale imitations of Spanish Sherry. These wines are often fortified and sweet cheap wines with little resemblance to the true Sherry masterpieces that come from Spain. When purchasing Sherry, check the label carefully to see where the wine is produced and bottled; if it's not from Spain, it's not true Sherry.

How Sherry Is Made

Production of Sherry depends on the type/classification of the wine. However, a general process follows. All Sherry wine begins its life as white wine grapes. The three varieties used in Sherry include:

After harvest, the grapes are pressed, and the juice is expelled. For sweeter Sherry wines, the grapes may be left outside in the sun to naturally dehydrate and concentrate sugars and flavors slightly before pressing.

Next, the grape juice is transferred to stainless steel vats heated to 73°F to 77°F (23° to 25°C) where fermentation begins. Some winemakers add a small amount of a fermenting must called pie de cuba to assist with fermentation. Depending on how dry the winemaker wishes the final product to be, fermentation may occur until nearly all residual sugars are turned into alcohol, or they may stop fermentation early for sweeter Sherries.

After the wine has finished fermentation, the Sherry is fortified by adding neutral grape spirits to create the final level of alcohol content (anywhere from 15 to 22 percent depending on how the Sherry will be classified).

Now, the Sherry is transferred to a solera system. A solera system is a series of oak barrels lined in groups called criaderas containing Sherry blends of different ages. During blending, as some older Sherry is taken from one barrel, newer Sherry is added to what remains in the barrel in a hierarchical manner, creating a blend of Sherries of different ages. This rounds out flavors and provides balance to the finished product. 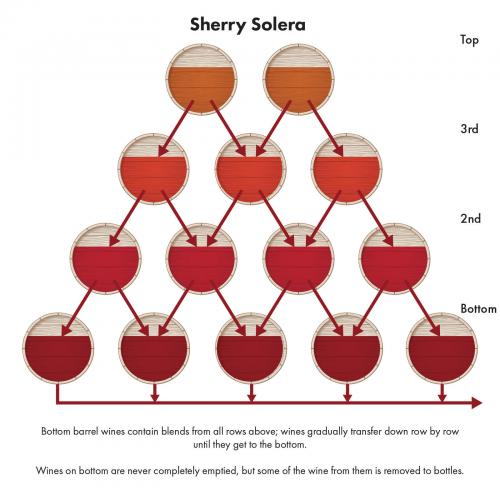 Finally, the Sherry is ready to be bottled. It is usually filtered, blended, and, in some cases, an additional fortification may occur here to create the appropriate alcohol by volume (15.5 to 22 percent ABV). Then it is bottled and distributed. 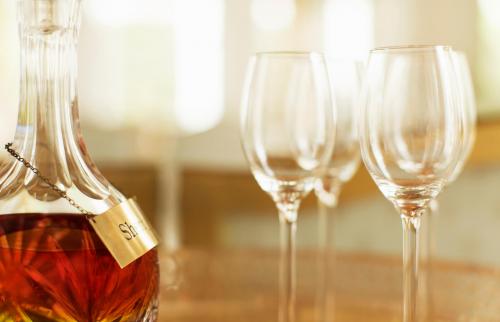 Sherry has several classifications based on differences in the winemaking process.

Fino Sherry comes from the Palomino Fino grape grown in Jerez and Xéres. It is biologically aged; that is, the must (fermenting grape juice) is aged in unsealed wood barrels under a cap of yeasts called flor. These yeasts keep oxygen from reaching the must as it ages. This imparts salty and yeasty (think bready) flavor profiles. Aging in these barrels must be at least two years, but five to seven years is more typical.

Manzanilla uses the same type of grapes and process as Fino, but it comes from grapes grown near Sanlúcar de Barrameda. Cooler seaside temperatures here produce thicker layers of flor, which affect the flavors of the finished Sherry.

Like Fino and Manzanilla, Amontillado (made from Palomino Fino) begins aging under flor, but continues aging as the flor begins to die off and fade (or is intentionally made to do so). This leaves the Sherry partially exposed to oxygen, which further enhances the flavors of the wine.

Oloroso, made from Palomino Fino grapes may be aged in sealed casks or steel vats, and no flor is present in the aging process. 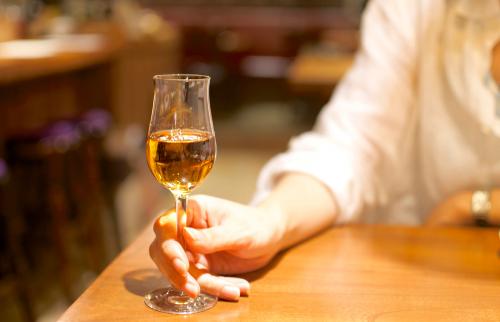 Palo Cortado has characteristics of both Amontillado and Oloroso, and it's made from Palomino Fino grapes. While it is sometimes aged under flor for up to three years, it may also be aged in sealed wood casks.

Pedro Ximénez Sherries are made from the Pedro Ximénez grape, which is naturally sweet and produces a sweet Sherry.

Medium and cream Sherry can be produced from any of the other types of Sherry listed above, but they are either half-sweet (medium) or very sweet (cream).

Consider the following brands of Sherry so you know you are getting an authentic Spanish Sherry instead of an international imitator.

Tio Pepe is probably the best-known brand of Fino Sherry on the market. You'll find Tio Pepe for around $25 per 750 mL bottle, and it's often available in grocery stores as well.

Barbadillo Solear is a well-known brand of Manzanilla Sherry. Wine Spectator rated it 90 points, and you'll find it for a price of around $15 for a 375 mL bottle.

Napolean Hidalgo Amontillado Sherry that is well known and well received (it gets an aggregate critics' ratings of 90 points), and you can find it for $15 to $20 per 750 mL bottle. 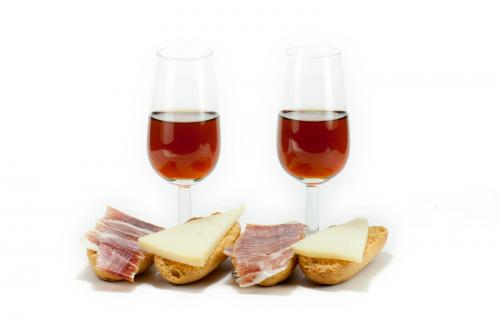 For best results, use a dry Sherry (Fino is your best bet) unless a recipe specifies otherwise. Avoid cooking Sherry, which is usually not very tasty, and it contains salt, which can leave recipes over salted. In cooking with Sherry, as with cooking with any other wine, if you wouldn't drink it, don't cook with it.

Other Things to Know About Sherry

Whether you drink with Sherry or cook with it, it's a great wine to try. If you're new to Sherry, keep the following in mind:

Give Sherry a Try

If you like wine, you'll find a variety of styles and flavors in Sherry just as you would with any other wine. This Spanish wine is great for cooking, sipping, or even for dessert. There's a style that will suit every palate.