The Santa Margherita Winery in Italy's Aldo Adige region is a well-known producer and exporter of fine Pinot Grigio wines. These wines have gained great popularity in the United States since they were first imported, but they aren't the only wines this well-respected winery has to offer.

The Santa Margherita wine estate was founded in 1935 by Count Gaetano Marzotto Jr. in Italy. Before opening the winery, Marzotto ran the family's textile business, which had operated since the 19th Century.

The estate is over 1,000 hectares of former marshland that has been cultivated into vineyards. It is located between Fossalta and Portogruaro in the province of Venice, Vento, Italy. 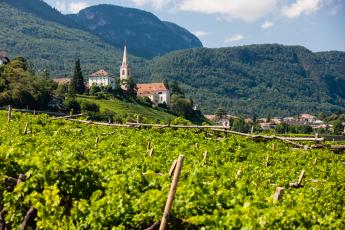 Many consider Count Marzotto an innovator. He introduced a number of improvements, such as creating new grape cultivation practices and experimenting with different grape varietals. He also sought to improve the conditions of estate workers. He abolished sharecropping and built living and recreational facilities for his employees.

Today, the Count's grandson, Gaetano Marzotto, runs the business. This wine estate produces many wines including sparkling, semi-sparkling, white and rosè, just to name a few.

Unfortunately, it appears that the estate doesn't currently welcome visitors or offer tours.

Terlato Wines International imports Santa Margherita to the United States. Anthony Terlato began importing premium Italian wines in the 1970s. While in a restaurant in Italy, Terlato ordered 18 different Pinot Grigio wines to taste. He felt that Santa Margherita Pinot Grigio was the best, and began importing their wines for consumption in the United States.

Santa Margherita wines are available at many grocery stores and wine shops. Likewise, you can purchase the wines online from the following retailers.

Budget Wines for All Palates

If you'd like to try a taste of Italy, but you're on a budget, you just might enjoy Santa Margherita wines. With a large selection of varietals and pricing under $25 per bottle, there's sure to be a wine that will suit your taste and budget.