Santa Barbara Pinot Noir wines are some of the best in the world. In the incredibly popular movie Sideways, one of the characters describes this region as the "promised land" of the Pinot Noir grape. It is an ideal location to grow this varietal because of its climate and fertile soil.

Here are a few of the top Pinot Noir producers that hail from Santa Barbara County. Their wines have been highly rated by many wine critics from major wine publications, including Wine Spectator, Wine Enthusiast, Vinous, and Decanter.

Alma Rosa Winery in the Santa Rita Hills AVA produces high-quality Pinot Noirs that often receive an enthusiastic reception from wine critics and wine drinkers alike. The La Encantada vineyard Pinot Noir is the wine with the highest critics' scores. Wine Spectator rated the 2016 and 2017 vintages at 93 points. The Bentrock Vineyard wines are just slightly lower in rating - the 2016 and 2017 vintages received 92 points each from Wine Spectator. The release price of wines is between $55 and $65 per bottle.

The Brewer-Clifton winery produces estate Pinot Noir wines that are frequently lauded by critics. For example, the 2012 Santa Rita Hills Pinot Noir was in Wine Spectator's 2014 top 10 wines of the year. Likewise, Pinot Noirs from Brewer-Clifton often receive critics scores in the 92 to 95 point range, showing consistency and quality in the fruit and the winemaking process. Their wines are affordable, as well, releasing at around $30 to $100 per bottle. Find Brewer-Clifton wines at Wine.com.

Foxen Vineyards & Winery makes several Pinot Noir wines, many that are critically acclaimed. Wine release prices are usually between about $30 and $70. Try the Block 43 Bien Nacido Vineyard Pinot Noir. It costs around $65 a bottle and tends to be the highest rated wine from Foxen, with ratings in the 91 to 93 point range.

About the Santa Barbara Region

Santa Barbara, as a growing region, is home to several official American Viticultural Areas, or AVAs. All have a diverse set of climates, soils, and topographies.

Ballard Canyon is an AVA within the Santa Ynez Valley AVA. The region doesn't produce a ton of Pinot Noir. Rather, Rhône varietals do well here, particularly Syrah and Grenache.

This area is one of the newest wine-growing regions and has recently become its own AVA. It is located on the far east edge of the Santa Ynez Valley. Because it is further inland than other Santa Barbara AVAs, it has a much warmer climate. With a rolling terrain, high slopes and a variety of soils, this area is well suited for growing Cabernet Franc, Cabernet Sauvignon, Merlot, Petit Verdot, and Sauvignon Blanc.

This Santa Barbara AVA lies between the Santa Maria Valley and the Santa Ynez Valley. It boasts warm days and cold nights, creating grapes that have a lot of concentration and balance. Because the Los Alamos Valley isn't an official appellation, you will instead see "Santa Barbara County" on the labels of wines made here. However, the name often appears alongside the specific vineyard labels.

Los Olivos District sits to the west of Happy Canyon within the larger Santa Ynez Valley AVA. Visitors to this AVA can enjoy the Los Olivos Pinot Noir Trail to sample wines from a number of quality wineries.

This region is the most northern tier of Santa Barbara County. It is slightly less bucolic than the Santa Ynez region and doesn't cater as much to the wine tourism crowd, but the vintages coming from here are amazing and well worth the drive.

The topography of the Santa Rita Hills AVA is so different from other areas like Happy Canyon that it creates ideal growing conditions for Pinot Noir grapes. The cooler temperatures are more suited to producing a balanced, fruity wine.

The largest AVA in Santa Barbara is the Santa Ynez Valley. This region lies along the Santa Ynez River and butts up against the Los Padres National Forest.

While Americans continue to enjoy more Chardonnay, Cabernet Sauvignon, and Pinot Gris than Pinot Noir, there is a growing group of wine lovers who are making Pinot Noir their go-to bottle. The reason is understandable. American Pinot Noir wines tend to be more aggressive than their Old World counterparts with a lot of lavish fruit. They can sometimes be a little overwhelming for those who like more subtle wines. 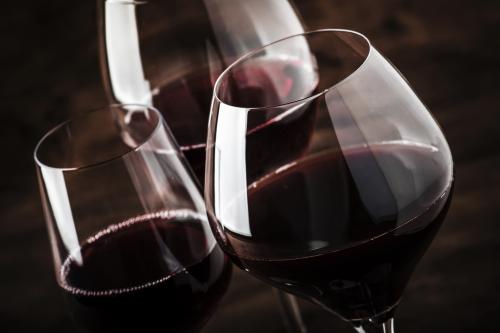 However, as the demand for Pinot Noir grows, the winemakers are becoming more skilled at creating nuanced and subtle wines that are not as rich and heavy as their previous counterparts. Many of these more refined pinots are coming from Santa Barbara County.

Pinot noir grapes are one of the top grapes in Burgundy wines. They are excellent for growing in cooler climates, such as Santa Barbara County. While this type of grape is difficult to grow, when it does, it produces some of the best wines in the world.