Merlot is a Bordeaux varietal of grape and wine that's grown in other regions around the world including in other French wine regions, Italy, the United States, Australia, and Chile. The first recorded mention of Merlot was made in 19th Century France.

Gathering evidence from wine historians around the world, the first mention of Merlot came in 1784 from a Bordeaux official, probably a statesman or other high ranking public officer. This official made the claim that this wine was one of the finest of its time.

The name Merlot is derived from the word merle or merlau, which were local dialectical words to describe black birds in the region. Merlot quickly began to gain popularity, and winemakers began widely planting the grape many referred to as "little blackbird" or "young blackbird" in the Bordeaux region of France. No one is quite sure if the name is a reference to the dark skin of the grape or to the blackbirds that have a fondness for eating the grapes off the vine.

Originally Used as a Blending Grape

Though Merlot is currently one of the most popular wines around the world, in its beginnings, winemakers considered the grape a "secondary" grape. This meant Merlot was best suited for blending and not as a stand-alone varietal. Of course, at the time, it was competing with one of the most highly allocated wines in the world, Bordeaux.

Spread to the Left Bank

As the popularity of Merlot grew, plantings spread to the Médoc region, along the Left Bank of the Gironde Estuary. New plantings all but ceased in 1956 when a series of climactic events and disease almost decimated Merlot vines in France.

In February 1956, a deep freeze hit France. As a result, many Merlot and Malbec grape vines were destroyed. After the severe frost, many vintners replanted Merlot vines, only to have them destroyed by a vicious round of rot. Given the loss of the Merlot grapes to frost and disease, many of the vintages of the 1960s of French Merlot were lost. French winemakers continued to plant Merlot grape vines until 1970 when the French government banned all new plantings of Merlot vines. 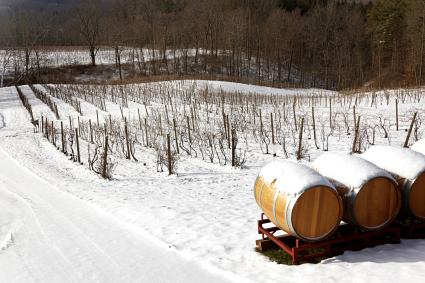 After the frost of 1956, new Merlot plantings were consistently plagued by rot year after year. This is what led to the 1970 ban on new plantings by the French government. In 1975, the government lifted the ban, and French winemakers began widely planting the vine once again. This was due largely in part to the surging worldwide popularity of Merlot at the time. As a result of vine loss and the government ban, unlike many of the other grape varietals in France, Merlot history is relatively short with the vines only decades old as opposed to hundreds of years old for other varietals.

Like most all types of wine, there is a period in which they become suddenly popular for one reason or another. For example, the popularity of Pinot Noir surged due to its prominent appearance in the movie Sideways. In Merlot history, it was the 1970s that was this wine's decade of supreme popularity. 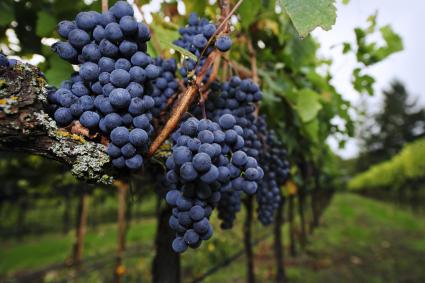 Merlot in California and Washington

Starting around the late 19th Century, Italian winemakers began cultivating Merlot. Widely used in Super Tuscan wines as a blending grape for Cabernet Sauvignon and Sangiovese, Merlot has become a popular wine variety in other Italian wine regions as well. Currently, it is the fifth most widely planted grape in the country.

Though vine plantings were in a decline, demand for the wine continued to soar until the 1990s, when wine snobs around the world turned their noses, and backs, on it. Even with this veritable outing from the cool cliques of wine, Merlot remains one of the top selling wines around the globe. Worldwide, it is the second most widely planted grape varietal behind Cabernet Sauvignon. 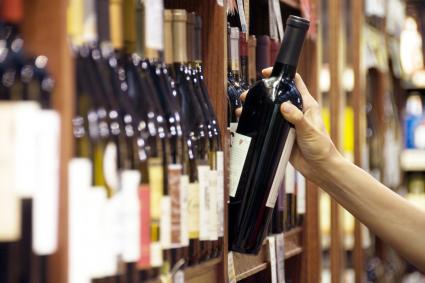 Researchers at the University of California at Davis made the discovery that the Merlot grape is a progeny of the Cabernet Franc and Magdeleine Noire des Charentes grapes. The discovery that Magdeleine Noir des Charentes was a parent grape of Merlot didn't happen until around 2009, as the grape was considered extinct until a few very old vines were rediscovered growing near a monastary in Saint-Suliac, France in 2004.

Merlot's sibling grapes include Carménère, Cabernet Sauvignon, and Malbec. Carménère and Malbec were once popular in France, but both varietals were also lost in the frost of 1956. Both Carménère and Malbec are now widely grown in South America, and both make great stand-alone wines, though it wasn't always that way. Malbec is currently experiencing a surge in popularity as a decent, inexpensive red wine.

Merlot has also been used as a parent grape to create several offspring including Merlot Blanc, Ederena, Carmine, and Rebo among others.

For the most part, you will find Merlot labeled as just that; but, there are plenty of other synonyms for Merlot. Here are a few:

While Merlot has had its struggles, it makes beautiful wines. Whether it's blended with Cabernet Sauvignon and other Bordeaux or Tuscan grapes, or it stands alone as a varietal, it is a soft and complex wine with lovely flavors and aromas.