The Martinelli Winery is a mainstay in the Russian River Valley of Sonoma County, and if you're in the region, it's well worth a visit. The Martinelli family has been growing grapes in the Russian River Valley since the late 1800s, and while the winery makes their own wines, they actually sell about 90 percent of the grapes they grow to other wineries. As a tasting room attendant explained to the author on a recent visit to the winery, Martinelli, like other Sonoma wineries, aim to make their wines easy to drink, affordable, and accessible to everyone.

The Martinelli Winery is a red barn nestled among tall trees and picturesque vineyards in Sonoma's Russian River Valley. The tasting room is a former hop barn that has been converted into a rustic and comfortable public space. It is located at 3360 River Road, Windsor, California.

The tasting room is open daily from 10 AM to 5 PM. Drop-in visitors are encouraged, but large groups (eight or more people) need to call 800.346.1627 for a reservation. Walk-in tastings cost $25 per person, and the winery typically pours four or five of their current release wines, which might include Zinfandel, Pinot Noir, Syrah, and Chardonnay.

Martinelli offers additional premium tasting experiences as well. These require a reservation, and the tasting fee reflects the greater variety of wines served and the level of service provided. If you'd like to attend one of these special tastings, especially on weekends, try to make your reservations well in advance - 48 hours or more.

The winery hosts numerous events throughout the year, such as winemaker's dinners, vineyard walks, and more. You can learn more by visiting the winery's event page to see what's coming up if you plan to be in the Russian River Valley. 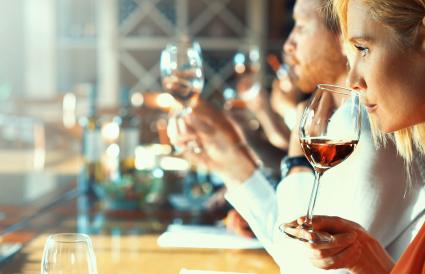 Martinelli is practically an institution in the Russian River Valley; there's even a road named after the family. There have been Martinellis farming in the area since 1860 when Giuseppe and Luisa arrived from Italy. They weren't always growing grapes and making wine but eventually the Martinellis did, starting in 1887. The family viticulture tradition continues on over 100 years later. The Martinelli Winery has earned its reputation for producing small lots of single vineyard, handcrafted wines that express the best of Russian River Valley, particularly its Pinot Noir and Zinfandel.

If you asked any wine cognoscenti this they would all say two things: Jackass Hill and Helen Turley. Jackass Hill is the name of one of Martinelli's original vineyards. The story goes that Giuseppe's son Leno wanted to work the vineyard that was on an extremely steep, 60-degree hill, probably the steepest in Sonoma County. The vineyard got its name when the family said only a jackass would work it. Today the vineyard produces a big-drama Zinfandel grapes that are included in one of the winery's flagship wines.

And Helen Turley? She's one of the Super Wine Consultants in the California wine industry. She's put numerous wineries on the cult-wine map, including Colgin, Bryant, Landmark, and Pahlmeyer. She's also a neighbor of Martinelli and formerly served as its winemaker along with her assistant winemaker, Brian Kvamme. Her husband, John Weflaufer, worked as their viticulurist. Turley and her husband also owned Marcassin Winery and actually used Martinelli's facilities to make their wine.

Martinelli makes premium wines with grapes sourced from their own vineyards. Current winemakers include Courtney Wagoner, a Cal-Poly grad with nearly 20 years of experience in winemaking including internships at major wineries, and consulting winemaker Erin Green, a UC Davis graduate who has a degree in Fermentation Science with an emphasis in Enology. Along with her education and experience in the wine industry, Green also worked with and for Helen Turley, one of California's most well-known and respected winemakers who formerly worked as a consulting winemaker for Martinelli as well as owning her own winery, the much-acclaimed Marcassin.

Martinelli has a number of wines including recent releases and library wines from previous vintages. Some, such as the Jackass Hill Zinfandel, are only available to the winery's mailing list, although you can taste them at some of the special tastings and events the winery holds. The winery specializes in Pinot Noir, Chardonnay, and Zinfandel, and all of their wines tend to be highly rated and well-received by wine critics.

Stop and Sip at Martinelli Winery

Martinelli Winery is a great stop on any Sonoma or Russian River Valley wine trail. With accessible wines, multiple ways to taste, and beautiful, peaceful grounds and vineyards, it's the perfect place to truly understand the spirit of the Russian River Valley and the wines produced there.