Greek wine isn't anything new; the country has been producing wine since about 2000 BCE. That makes it one of the world's oldest wine-producing countries. And while wines from Greece didn't always have the best reputation in the 20th Century, in recent years, winemakers in the country have produced many delicious world-class fine wines.

A Brief History of Greek Wine

While Greece has been producing wines for thousands of years, in the 20th Century, it was mostly consumed by the country's populace with few exports to the rest of the world. In ancient times, however, Greek wine had a great deal of cachet throughout the world, particularly during the Roman Empire when the wine was exported throughout Europe and the Mediterranean.

If you need evidence that Greece has been in the wine business for thousands of years, look no further than Dionysus, the God of Wine, who was celebrated in multiple annual festivals throughout Greek history.

Building on thousands of years of viticulture, large Greek wineries began popping up in the mid-1800s. During France's phylloxera epidemic in the 1860s, Greece supplied wine to the country to make up shortfalls. It was during this time that Greece also began producing currant wines as well. Due to a large demand for this wine, some vineyard owners replanted grapevines with currants to help production. Then, the phylloxera epidemic came to Northern Greece 1890s, destroying many vineyards, followed in quick succession by the Balkan Wars, World War I, World War II, and the Greek Civil War. All of these succeeded in virtually wiping out the Greek wine industry.

Retsina on the Rise

One of the only wines Greece exported in the wake of all of this disaster was Retsina. During this time, Greece was probably best known for its pine scented wine Retsina, a white wine with added sap from the Aleppo pine tree. As you might imagine, the wine tasted of pine, which is definitely an unusual flavor compared to traditional wines from the rest of the world. This uniquely flavored wine is an acquired taste, and many people didn't like it. In some ways it damaged Greece's reputation in the worldwide wine industry and consumers assumed winemakers produced only low-quality, unusually flavored wines. 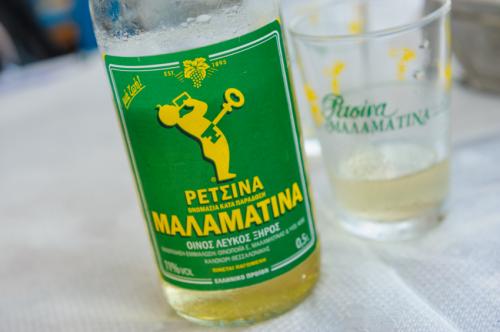 Slowly, winemakers began to recover from a half-century of strife that did great damage to their industry. The country developed a classification system and the Wine Institute was founded. Since the 90s, Greek wine has been gaining popularity in the rest of the world. As an up-and-coming region, the wines are high quality but still quite affordable, so there are plenty of great wine values available.

Pronounced a-yor-yi-ti-koh, Agiorgitiko means St. George in English. This black grape comes mainly from the wine region Nemea in Peloponnese, which is in Southern Greece. You'll find this grape in various types of wine including light, crisp rosés; sweet red wines; youthful, unoaked red wines; and in oak-aged reds. The wines made from Agiorgitiko have mellow tannins and bright fruit flavors of berries, plums, and herbs. Of course, the best way to learn about Greek wine is to try it. Some good Agiorgitiko wines to try include the following:

Assyrtiko, pronounced ah-sear-tee-koh, is primarily grown in Santorini. The grape is a gold skinned variety that is used to make dry white wines. Sun-dried Assyrtiko grapes are also used to make a sweet wine. The wines are high in acidity with citrus and tropical flavors.

Limniona (lim-nee-oh-nah) is a black grape from Thessaly in Central Greece. It produces dry red wines with flavors of black and red fruits, herbs, and baking spices. It's one of Greece's up-and-coming wines with structured tannins, high alcohol, and moderate to high acidity.

Pronounced mah-la-goo-see-ah, Malagousia is a white grape producing dry white wines. The grape is highly aromatic, producing wines with an intense nose and flavors of fruit, peaches, and basil with floral notes. 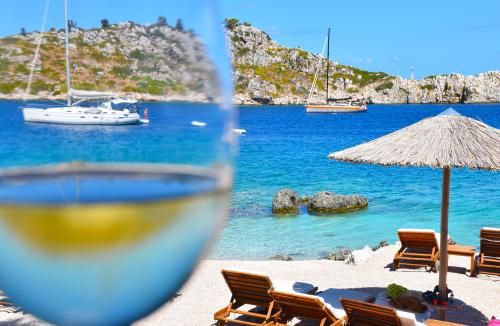 Xinomavaro (zhee-noh-mav-roh) means sour black, and it's a black-skinned grape is used to produce wines in a variety of styles including dry red, rosé, sparkling wine, and some sweet wines. This versatile grape has been compared to Nebbiolo, which is the grape used to produce Italian Barolo and Barbaresco wines. The reds it produces tend to be high in alcohol and acidity with medium to high tannins. Expect flavors of berries with earthy and spice notes.

As Greek wines gain standing on the world stage, they remain an excellent value. Whether you try a conventional wine such as Sauvignon Blanc or branch out to some of the more interesting and unique wines Greece has to offer, you're sure to find delicious wines that you'll enjoy and be proud to serve to others.