While Zinfandel grapes are also grown in Europe and elsewhere in the United States, many of California's microclimates are perfect for Zinfandel production. The result is big, bold, spicy, jammy Zinfandel wines that are among the world's best. The Zinfandels that come from California differ based on terroir and microclimate, but the resulting wines are almost always accessible and delicious. This guide will help you understand some of the best Zinfandel wines that come from California.

You don't have to spend a fortune to get a very good bottle of wine. These budget wines are all in the $15 to $25 range, and they've received top marks from wine critics.

When a $15 bottle of Zinfandel makes it onto Wine Spectator's Top 100 list, you know you've got something special. Coming in at #40 on the 2018 list of the world's best wines, the 2016 Ancient Vines Contra Coast from Cline is resplendent with flavors of strawberry jam, coffee, and vanilla, and it garners ratings in the low to mid 90s from many wine experts. It's a truly special value priced bottle of wine you can enjoy through about 2022 or 2023.

Another of Wine Spectator's Top 100 of 2018, the 2014 Easton Zinfandel Amador County is only around $20 a bottle, and it hit the Wine Spectator list at number 45 with a 92 point rating from the magazine. With notes of black cherry and fruits, it's a lovely medium-bodied wine that pairs well with food. Drink now or hold through about 2022.

The 2014 Edmeades Sonoma County Zinfandel ranked highly on Wine Enthusiast's Top 100 for 2018 list, coming in at number 4 and receiving a 92 point rating. For a budget bottle of wine, that's a monster rating, so you can bet this is a great choice. With flavors of fig and chocolate, this drinks well now or can hold through about 2022.

As the name suggests, Big Six Bourbon Barrel Zinfandel is aged in bourbon barrels for three months to give it toasty, vanilla flavors. Total wine calls this their top Zinfandel under $15, and customers give it 5 out of 5 stars, so it's definitely worth a try.

You don't have to drop a bundle for a very good bottle of Zinfandel to get one that is critically acclaimed that will drink well now or age for the next five to seven years. These are some of the best. 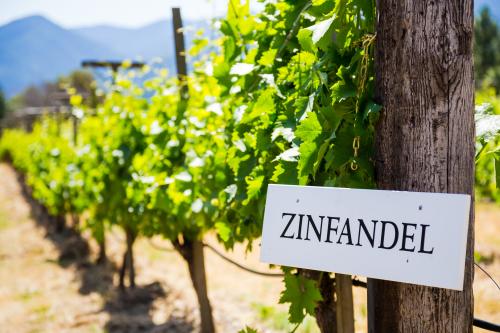 Ratings for this wine range from about 91 points up to 95 points from James Suckling, so the 2017 Robert Biale Vineyards Black Chicken Zinfandel is a good Zin for the price. The winemaker notes it's "elegant and balanced," and it has flavors of cherries and spice. Drink now or hold through about 2024.

Virtually every vintage of the Ridge Lytton Springs is a good one; the winery is known for making top quality Zinfandels. The 2015 vintage is especially well-received, garnering ratings from wine experts in the mid-90s. It also made Wine Spectator's Top 100 in 2018, coming in at 91. It's a classic jammy Zin with plenty of pepper and spice.

If you can find this Zinfandel from Turley, snap it up. Few understand Zinfandel as well the Turley family, and it shows in the 2015 Turley Hayne Vineyard Zinfandel, a polished, elegant Zinfandel from Napa Valley. You'll find the cost anywhere from about $110 to about $175, but experts agree it's worth the price. Vivino lists it as #2 of its top California Zinfandels for 2019, and tasters on Cellar Tracker give it an aggregate score of 92 points. The wine is still tannic, so it will hold for several years yet if you can resist drinking it. If you can't, decant it and let it breathe for an hour or two to allow the flavors to develop. Drink now or hold until about 2025.

Martinelli Jackass Hill Zinfandel is one of California's iconic Zins, so it is extremely popular and sought-after. It's also only available to wine club members, although bottles do come up on the secondary market frequently. The wine comes from Zinfandel grapes planted on the infamous 2.5-acre vineyard with a non-terraced 60 degree slope, and the wines produced from the Zinfandel grapes grown there are always well received and highly rated. If you can score a bottle, buy it.

White Zinfandel is the blush wine version of Zinfandel. While it still has some of Zin's characteristics, the blush wines are crisp, refreshing, and highly affordable, making them a great summer or picnic wine. 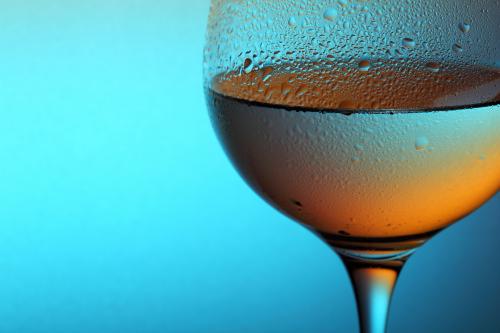 At under $10 for a 1.5L bottle, the Low-Hanging Fruit White Zinfandel is one of Wine.com's top white Zinfandel picks. Shoppers love it, giving it 5 out of 5 stars. It's a refreshing, light wine that's perfect to drink chilled in the summer.

Even if you don't like this white Zin, you're not out a ton of money. At $4 for a 750 mL bottle, it's affordable and well-received. Drinkers on Wine.com give it 5 out of 5 stars. It's a light wine with stawberry notes. If you like White Zin, it's worth a try.

Zinfandel stands on its own, but some wines not labeled as Zinfandel contain a blend that is predominately Zinfandel or has plenty of Zinfandel character. These blends may not be labeled as the varietal, but they are still among the best California Zin has to offer.

This Zin blend, which contains about 50% new and old vines Zinfandel combined with Carignane, Mourvèdre, Syrah, and Alicante Bouschet, was listed as the number 10 wine in the world on Wine Spectator's 2018 Top 100 List, and it's easy to see why. This is a very special wine. Rated at 95 points, it sells for about $50 a bottle, which is a spectacular price for such a highly acclaimed wine.

Along with having a great name, the 2017 Orin Swift Eight Years in the Desert Zinfandel is chosen as #1 of Vivino's Top 25 California Zinfandels. It's a blend of Zinfandel, Petite Sirah, and Syrah, so you know it's spicy and jammy, and the winemaker calls it "lush and opulent." Robert Parker gives it 93 points, and Wilfred Wong of Wine.com rates it as a solid 93 points as well.

Zinfandel is often thought of as a strictly American grape, but it likely has its origins in Croatia, where two grapes, Crljenak Kaštelanski and Tribidrag, were discovered to be genetically similar to Zinfandel. Likewise, the Primitivo grape from Italy has the same genetic makeup as Zinfandel, although the climate and terroir produce wines with different character from Zinfandels from California. While nobody really understands completely how Zinfandel traveled from Europe to the United States, historians can trace Zinfandel's arrival in California to the Gold Rush when miners brought it with them in the 1850s. By 1857, the first California Zinfandel wine was made, and the rest is history.

What to Expect From a California Zinfandel

California Zinfandels are bold and spicy with heady fruit and often delicious, jammy flavors. While the flavors that develop are dependent on climate and terroir, which varies vastly throughout California's wine appellations, the black-skinned grape usually produces wines that have flavors of black fruits and stone fruits with spicy aromas and notes of licorice, black pepper, tobacco, and smoke. The wines are medium-bodied and acidic, and they tend to have a higher alcohol content (ABV or alcohol by volume) than other red wines. Zins have anywhere from about 13% to 16% ABV, and the wines have zippy acidity and nice spice.

California has slightly over 44,000 acres of Zinfandel planted as of 2019, which is over 60% of the world's Zin production. Zinfandel grapes grow best slightly inland from the cool California North and Central Coast. Zin is a grape that loves warm weather, and California's inland regions are warm enough for the Zinfandel grapes to ripen on sunbaked days. It does well both in the hotter inland areas, such as the Napa Valley, as well as in slightly cooler regions that are still warm and sunny but still receive some coastal cooling, such as the Russian River Valley in Sonoma County. Zins also do well on hillsides where the sun warms them throughout the day, such as in the Sierra Foothills. Many California wine regions have ideal climates for producing powerful and delicious Zinfandels. Among some of the best include:

Foods to Pair With a Zin From California

California Zinfandels are great for pairing with bold, spicy foods because the powerful flavors of the wine hold up well against the bold flavors of spice in foods without one overpowering the other. Foods that pair well with Zinfandel include the following: 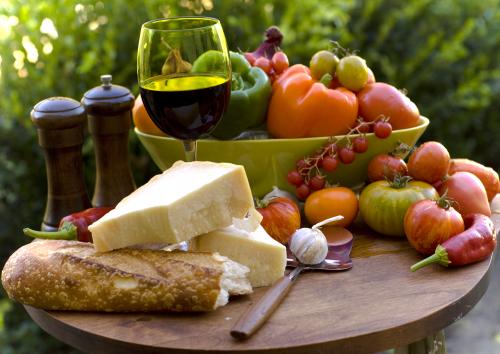 California Zinfandel Is an American Classic

Nobody does Zinfandel quite like winemakers in California. Whether you're looking for polished and elegant, crisp and light, or bold and spicy, there's a California Zinfandel to suit your tastes.