Some of the greatest Merlot wines in the world are breathtakingly expensive (Château Pètrus from France's Bordeaux region averages more than $2,600 per bottle), but that doesn't mean a good Merlot needs to empty your wallet. There are plenty of inexpensive Merlot wines that cost under $25 per bottle but still offer dark red fruit flavors, heady complexity, and a soft, nuanced finished. Try any of the wines on this list of the best Merlots under $25 per bottle, and you're sure to find one you like.

Beringer Main & Vine is a mass-produced, extremely inexpensive Merlot, but you can find it just about anywhere. Still, Beringer produces a consistently respectable Merlot that is popular with wine drinkers on a budget, and for under $5 per bottle, you won't be heartbroken if you find you don't like it.

Cannonball Merlot has a fun name and a great label, and at $14 per bottle, it's a decent bottle of Merlot. You'll get flavors of blackberry and vanilla here. Critics like it; it typically garners ratings in the 88 to 89 point range.

This wine from Veneto, Italy has a 4.1 out of 5 rating on Vivino and is one of the top 2% of wines internationally. It sells for about $25 per bottle. Reviewers mention that the wine has tastes of blackberry, cherry, cocoa, vanilla and spices.

For a Merlot that costs around $12 per bottle, the Chateau Ste Michelle Indian Wells Merlot is a decent single-vineyard Merlot from Washington State. The wine tends to be consistently good across vintages; Wine Enthusiast awarded the 2015 vintage with a 90 point rating.

Columbia Crest produces affordable, mass-market wines in Washington State, and most of them are pretty good. The H3 Merlot only costs around $15 per bottle, but it gets consistently good ratings in the 89 to 90 point range from wine critics.

It may only cost around $20 per bottle, but the Crossfork Creek Cellars Merlot from the Yakima Valley is well-rounded and slightly smoky with a hint of spice. It's a lovely, concentrated, affordable Merlot that pairs well with food.

With grapes sourced from Sonoma County's Dry Creek Valley, the Frei Brothers Merlot is an affordable and delicious surprise with hints of blackberry and licorice. The winery blends in a little Cabernet Sauvignon and Petite Sirah to make a lovely, complex Merlot that retails for around $15 per bottle. Wine Enthusiast awarded the 2015 vintage 90 points, and the wine received a Gold Medal at the 2017 Sommelier Challenge.

For around $24 per bottle, the Napa Cellars Merlot combines berry with floral, spice, and woody notes. From vintage to vintage, this is a consistently good Napa Valley Merlot garnering ratings in the 90-point range from various critics.

This Merlot from the Columbia Valley in Washington has a 91 rating from reviewer James Suckling and Wine.com users give it a 4.3 out of 5 rating. It sells for about $20 a bottle. It's described as "sweet and oaky" and has notes of vanilla, burnt sugar, red plum, cherry and anise.

Reviewers at Total Wine & More really like the Columbia Valley Merlot from Wildhaven, and indeed Washington State wineries produce flavorful Merlots that tend to be crowd pleasers. It's only $13 per bottle, but it's bursting with berry flavors and hints of cedar.

Some people believe Merlot wine lacks dimension and depth, but it really depends on what you like to drink. Others appreciate the grape's soft tannins and deep black fruit flavors and aromas. Merlot is the noble grape that puts its best face forward with Cabernet Sauvignon in Bordeaux and Meritage blends. It shares similar flavors to Cabernet Sauvignon, but its blackberry, cassis, cherries, plums, chocolate and leather flavors step backward with its meeker tannins that round and soften Merlot. The wine does rise to the top on its own merit in Bordeaux's Pomerol and St. Emilion reds. It culminates at the pinnacle of its expression as a single varietal wine at Château Pètrus. 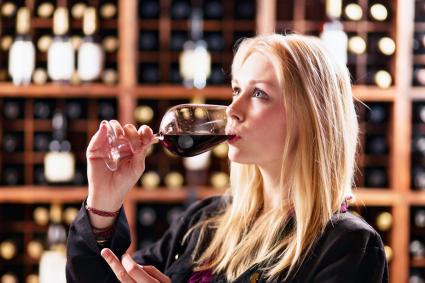 What's Good, What's Not So Good in Merlot

Not all Merlot is equal. That's not an earth-shaking announcement; the same can be said about any wine. Terroir, weather, and winemaker all influence a wine's result from year to year. To find a good Merlot for less than $25, one has to draw a line somewhere, a point of demarcation that separates the good, the bad, and the mundane. So, the following are some general criteria to follow when in the wine shop and seeking a Merlot under $25.

Expectations don't always match the outcome. For straight Merlot without the adulterating blending benefit of Cabernet Sauvignon for oomph or a dash of Shiraz (like they do in Australia) for pizzazz, you can expect a medium-bodied Cabernet-like wine with a softer and rounder style, or you may encounter a simple red without exemplary merit but that has nothing disagreeable to cause offense.

Finding good wines of any varietal under $25 is a challenge, but with a little research and some diligence, you can do it. On the plus side, with winemaking and preservation techniques improving, there are probably more decent affordable wines available than there ever have been before. Merlot is no exception. For under $25, you can find a flavorful Merlot you'll be delighted to drink.