Argentina's wine industry is the largest wine-producing country in South America. With the majority of the wine grapes grown in the foothills of the Andes mountains, Argentina's climate and terroir provide ideal growing conditions for wine grapes that thrive in warm to hot weather, including Argentina's most important and widely planted wine grape, Malbec.

While Argentina's wine industry is much younger than many of its Old World counterparts, it has risen to become the fifth largest producer of wine in the world (behind Italy, Spain, France, and the United States). Currently, the country cultivates nearly 500,000 acres of wine grapes, with red wine grapes having a slight edge at nearly 60 percent of total wine grape production. White wine grapes account for about 20 percent of plantings, and pink grape varieties make up the rest.

Argentina is best known for its Malbec, and certainly Malbec is the most widely planted grape there. It accounts for around 38 percent of red varieties produced and approximately 21 percent of all wine varieties. Argentinian Malbec has gained a worldwide reputation; however, other red varietals are also grown in Argentina that produce delicious wines. Red varietals grown in the country include the following: 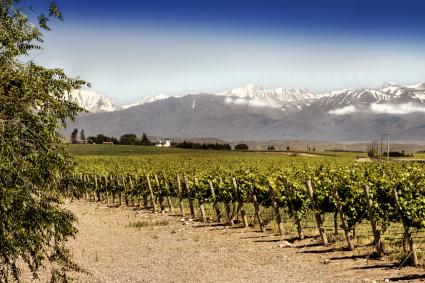 While reds are definitely the stars of the Argentinian wine scene, the country also grows plenty of whites. Varietals include:

Argentina's earliest wine industry grapes were pink-skinned varieties, which still make up 20 to 30 percent of wine grapes grown in the country. These grapes are mostly used in jug and table wines meant to be drunk domestically (or exported to Japan as concentrate), so most of the pink skinned varieties don't ever make an appearance on the international stage. These grapes include:

In Argentina, wines are named for the grape varietals. When the wine is labeled as a grape varietal, Argentinian law states that the wine must contain 100 percent of that grape; no other grapes may be blended into a labeled varietal. So you can be certain that if you are drinking a Malbec from Argentina, the grapes in the wine are 100 percent Malbec. Some producers also make wine blends, but they will be labeled as such.

While Malbec originated in France's Bordeaux region, it has come into its own in Argentina. In fact, Malbec production in Argentina has surpassed production in France. It is Argentina's flagship wine, and it's easy to see why. Argentina produces deep, dry, bold, inky Malbecs with medium acids and tannins that provide balance and allow for aging. The character of an Argentinian Malbec will depend on the terroir and climate from which it comes. Warmer weather Malbecs tend to be higher in alcohol, while cooler weather Malbecs tend to be higher in acidity.

Just as Malbec is the flagship red of Argentina, if there's a flagship white, it's likely Torrontés. The aromatic Torrontés grape originated in Argentina, and it produces delicious floral, fruity whites with flavors such as apricots and honeysuckle. The grape is closely related to Muscat of Alexandria. These lean wines have high acidity and are meant to be drunk in a relatively youthful state - within a year or two of the vintage date.

Wine Regions and Climates of Argentina

The majority of Argentina's viticulture occurs in a narrow strip that runs along the foothills of the Andes Mountains. Here, the semi-arid climate produces grapes with deep concentrations of flavors, while vast daily temperature variations (hot days and cold nights) help the grapes ripen slowly, allowing a balance of sugars and acids. The country has three major wine regions, each divided into subregions.

The North region in Argentina has around 15,000 acres of grapes planted. The altitude here is anywhere from about 2,500 feet above sea level to 10,000+ feet, and it's an arid climate so irrigation is essential. Sandy soils facilitate drainage. In this region, you'll find wine grapes produced in the provinces of Jujuy, Salta, Tucumán, and Catamarca. Primary grapes in the region include Malbec, Cabernet Sauvignon, Bonarda, and Syrah.

Cuyo, or "desert country" is an arid region in western central Argentina. It is Argentina's most widely planted wine region, with world class fine wines coming from Mendoza, San Juan, and La Rioja. Mendoza is the country's largest producer of wine, accounting for 75 percent of Argentina's vineyards. The region has more than 470,000 acres of vineyards planted at elevations ranging from 1,400 feet to about 6,500 feet. The entire region accounts for around 95 percent of vineyard plantings in Argentina. Malbec is grown here, along with Cabernet Sauvignon, Syrah, Bonarda, and Chardonnay. 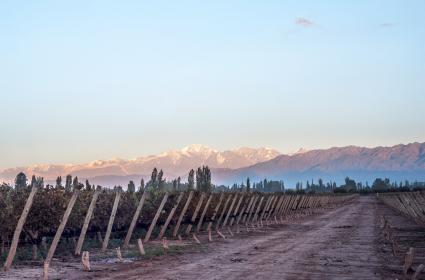 Located in the south of Argentina, this region only plants about 10,000 acres of wine grapes. Elevations are lower, ranging from sea level to about 2,200 feet. Here, wine grapes grow in the river valleys, and the area tends to have low rainfall. This is Argentina's coolest wine-growing region, so cooler weather grapes thrive here. Main grapes for the region include Malbec, Syrah, Cabernet Sauvignon, Pinot Noir, Tempranillo, Bonarda, and Chardonnay.

6 Wines to Try From Argentina

Of course you're going to try a Malbec; you can't understand Argentina's wine without doing so. In fact, Malbec is so powerfully linked to Argentina that some other varieties of wines tend to get lost in the shuffle. Along with trying Malbecs, consider blends, Torrontés, and even Pinot Noir from the burgeoning wine region.

Achaval-Ferrer is one of Argentina's top Malbec producers, garnering high ratings for many of their Malbecs from experts such as Wine Spectator. Depending on the vintage, it will cost around $80 per bottle. Find available bottles at wine-searcher. Try also the Malbec Mendoza Finca Bella Vista. The 2011 vintage of both is excellent.

A blend of Cabernet Sauvignon and Malbec, the Alta Vista Alto Mendoza is dark, mysterious, and silky. It tends to get high ratings averaging about 92 points, and it will cost you around $80 per bottle. The 2013 vintage is especially good. For a more affordable bottle, try the Alta Vista Luján de Cuyo (single vineyard) Serenade Malbec, which costs about $50 per bottle.

The Tikal Júbilo is evidence Argentina does wines that aren't Malbec well. Júbilo is a lush Bordeaux style blend with plummy and earthy flavors. The 2012 vintage is an especially good year, and you can snag a bottle for less than $40.

At under $10, Alamos Torrontés Salta is a great introduction to Torrontés from Argentina. This fragrant wine is perfect in the summer; don't lay it down, it drinks best young.

This single-vineyard Chardonnay features estate-grown fruit from the Marchiori Vineyard in Mendoza. It's a buttery, fruity Chardonnay that costs around $50 per bottle. Try the 2016 vintage, which will drink or hold through about 2022.

Grown in the Patagonia region where the weather is cooler and more temperate than in other regions, this Pinot Noir is powerful and concentrated with hints of minerality. At around $30 per bottle, the Bodega Chacra Barda Pinot Noir gets great ratings from reviewers like James Suckling and Wine & Spirits.

History of Winemaking in Argentina

Argentina is a relative newcomer to the world wine stage. While it has a long history of producing low-quality, high volume wines drunk locally, in the 1990s, it began its shift towards producing fine wines to export to the rest of the world. Viticulture originally came to Argentina with Spanish colonization in the 1600s, and the planting of vine starts in San Juan and Mendoza with vines from Chile. Later immigration (around the 1800s) of Europeans from Italy, France, and Spain brought a number of European grape varietals to the country as they sought to escape the phylloxera epidemic in Europe. But it wasn't until the 1990s that the Argentinian wine industry saw real growth, exporting wines to Europe and the United States. That growth has steadily increased, and now Argentina is the fifth largest wine producer in the world.

Try a Wine From Argentina

If you've not yet tried Argentinian wines, particularly their deep and complex Malbecs, then it's time to give the wines a try. Argentina's wine industry is growing in reputation worldwide for a reason; winemakers are producing powerful reds and interesting whites that hold up well against some of the greatest wines in the world.