Many people feel French wines set the standard for other wines throughout the world. And it's true that the classic Old World-style wines from France's many wine regions are among the best in the world, but they often come with a hefty price tag. However, it isn't necessary to spend hundreds of dollars to enjoy a decent wine from France. Many are eminently affordable.

Many people hesitate to use the word "cheap" when describing a wine, no matter how low the price, because some people associate cheap with quality instead of affordability. However, when considering cheap wines under $20 per bottle, many are still high in quality, as well. The following 10 inexpensive wines are cheap in price, but not in quality. 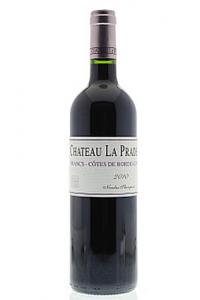 This wine comes from Saint Cibard in France's Bordeaux region. It is a traditional Right Bank Bordeaux blend, with 90 percent Merlot grapes and 10 percent Cabernet Franc. This imparts a soft, plummy character associated with Merlot, while the Cabernet Franc provides a backbone of structure that will allow the wine to age a bit if you don't want to drink it right away. The result is a smoky, plummy dry red with a hint of blackberries.

This wine definitely falls into the inexpensive in price but not cheap in quality category, as it has received high ratings from both Wine Spectator (90 points) and wine critic James Suckling (90 points). Buy it at Wine.com for under $20.

Pinot Noir wines from France's Burgundy region are some of the most breathtakingly expensive wines in the world, so finding a gem under $20 is a real coup. This wine is made by one of Burgundy's Grand Cru winemakers that also produces world-class wines costing hundreds of dollars, so it's a real steal. The wine is a dry Pinot Noir (red) that has aromas and flavors of strawberries, along with a hint of toasty oak. Buy it at Saratoga Wine Exchange for less than $20.

White Burgundy, made primarily from Chardonnay, also tends to be expensive but considered some of the best Chardonnay in the world. Joseph Drouhin is a well-established winemaker in the Burgundy region, and his wines are generally well-received. The LaForêt Chardonnay is dry and crisp with a nice fruit to it. Burghound gave it an 87 point rating. You can buy it for around $15 at Wine.com.

Côtes du Rhône wines from France's Rhône wine region are deep reds made from a blend of grapes that include Grenache, Mourvèdre, and several other red grapes. The grapes tend to be primarily Grenache, which lends a juicy, smoky flavor. Wine Advocate gave the wine an 87 point rating, noting that the wine was earthy and smoky with flavors of graphite and dark fruits. You can buy it for approximately $17 at Mora's Fine Wine and Spirits.

While German Reislings tend to get all the love in the wine world, many people forget that Alsace, France used to be part of Germany and has the terroir and know-how to grow a world-class Riesling. This dry wine is citrussy and acidic, with a light floral character. It's a great value German-style Reisling from France at a good price. Buy it at Millesima for less than $18.

France's Loire Valley is one of its lesser-known wine regions, but careful buyers can find some hidden gems for fair prices. Such is the case for the Domaine du Raifault Chinon Cuvée Tradition 2012, which you can purchase at Gotham Wines for uner $18. The dry wine is made from the Cabernet Franc grape, which has heavy tannins and flavors similar to Cabernet Sauvignon, including dark fruits, cherries, and blackberries.

No (virutal) tour of French wines is complete without a bottle of bubbly. Arguably, France's Champagne region has set the standard for sparkling wines around the world made in the Méthode Champenoise. Most French Champages, however, can't be classified as cheap, but if you look outside the region for a sparkling wine, you'll discover some delightful finds. Such is the case with the Charles de Fère Cuvée Jean-Louis Blanc de Blancs Brut, a dry sparkling white from the Loire Valley that's a real steal. The primary grapes in the wine are Chenin Blanc and Ugni Blanc, which produce a crisp sparkler with notes of apple and honey. Buy it for approximately $10 at Empire Wine. 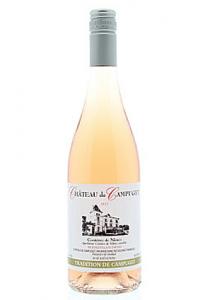 Rosé lovers, today is your lucky day. You can get a delicious, crisp Rosé from France's Rhone region for under $10. The Campuget Costières de Nîmes Tradition Rosé is made from traditional Rhone grapes Grenache and Syrah, although the grapes aren't left in contact with the skins long, giving it a lovely pink color.

The wine is crisp and aromatic, with aromas of berries and the flavor of red fruits balanced by crisp acidity. When served chilled, it's a lovely summer wine. Buy it at Woodland Hills Wine Company.

This white wine comes from one of Bordeaux's lesser-known regions, Entre-Deux-Mers (which means "between two seas"). It is a crisp, dry blend of Sauvignon Blanc and Semillion, with mineral and vanilla notes and is quite affordable at just under $7. Drink it chilled as a tasty and light summer wine. You can buy it at K&L Wine Merchants.

Don't let the Costco label fool you. While it may have a very American label, the Kirkland Signature Châteauneuf-du-Pape (CDP) is made in France's Rhône region with grapes sourced from the CDP appellation. The Kirkland Sinature CDP wines are well-made and well-received. The wine is a dry red, made from Grenache, Mourvèdre, Syrah, and several other grapes that give it a fragrant aroma. On the palate it is smoky with flavors of dark fruits and oak. You can't buy it online, but stop in at your nearest Costco to pick up a bottle for about $20.

Cheap doesn't always mean low quality. There are plenty of inexpensive wines from France that provide a great value. Try these wines, and your pocket book and palate will both thank you.