If you're looking for the most recommended Merlot, it all depends on who you ask and what you're seeking. There are many excellent Merlots in a number of categories and a variety price ranges from winemakers all around the world.

Most people believe you can't expect much from a wine you pay less than $10 for, but at $9 for a 750 mL bottle, the Dark Horse Merlot, proves it's possible to find great value Merlot wines. This California Merlot garners decent critics' ratings for such an affordable bottle; the Tasting Panel rated the 2013 vintage 93 points and the 2016 vintage 90 points. Expect flavors of cocoa, cherries, and molasses.

Cannonball Merlot is a well-rated Californian Merlot with a very reasonable price of around $14 a bottle. The 2017 vintage has a 90 point Tasting Panel rating and was lauded for its "balanced palate" and sweet berry notes. The 2014 vintage had an 89 rating from Wilfred Wong of Wine.com and the 2012 had a 90 rating from Tasting Panel.

This affordable Napa Valley Merlot frequently earns great ratings from wine critics. The 2016 vintage of Stags' Leap Winery Merlot received a 93-point rating from James Suckling, and it costs just under $30 per bottle. It has boysenberry and floral flavors.

Trefethen Merlot costs $40 a bottle, but it receives such consistently high critic ratings from vintage to vintage that it's still a bargain. Decanter awarded the 2015 and 2016 vintages 95 and 96 points respectively, making this tasty Merlot an instant classic. It's a spicy Merlot with flavors of cherries and berries.

Long Shadows Pedestal Merlot from Washington State's Columbia Valley costs around $60 per bottle, but it's always well received by critics. In fact, the 2015 vintage was #83 on Wine Enthusiast's Top 100 Wines of 2018, and recent vintages have garnered ratings in the mid-90s. It tastes of blackberries, flowers, and spice.

The plush and aromatic Pahlmeyer Merlot from Napa Valley is no stranger to high ratings; the 2015 vintage received 96 points from James Suckling and earlier vintages received similar - or higher - ratings. It's a delicious and consistent Merlot that should age for many years.

You'll pay a premium for this fine Merlot from Tuscany, Italy, but the Tua Rita Redigaffi Toscana delivers year after year with ratings often in the 98, 99, and 100 point range. Critics love this intense and heady Merlot, which will set you back $200 to $300 per bottle. But if you're looking for a Merlot that you know will be good, this is the one. 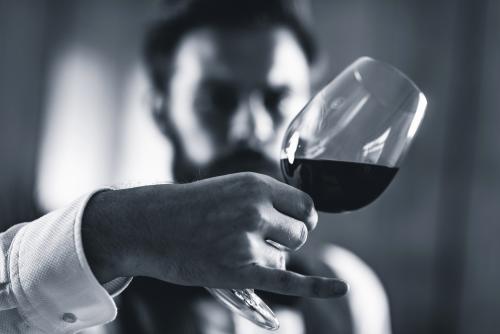 Château Pétrus is a Right Bank Merlot from the Pomerol region of Bordeaux. It's a 100 percent Merlot wine that can cost thousands of dollars, but it can also age for decades. When critics rate it, this wine always scores high in the upper 90s, sometimes even garnering perfect 100-point ratings. If you ever get the opportunity to try it, don't turn down a taste of this world-famous wine.

This Saint-Émilion Bordeaux is primarily Merlot with some Cabernet Sauvignon and Cabernet Franc blended in. Wine Spectator named the 2015 vintage its number 2 in the Top 100 Wines of the Year for 2018 and awarded it a 96 point rating. Château Canon-la-Gaffelière costs under $100 per bottle, and it's a rich, intense, aromatic wine.

This Fronsac from Château La Vieille Cure is 75 percent Merlot with lesser amounts of Cabernet Franc and Cabernet Sauvignon blended in, which is fairly typical for a Right Bank Bordeaux wine. It costs around $25 per bottle, and the 2015 vintage is the highest rated Merlot on Wine Enthusiast's Top 100 Wines of 2018 at #16. With a solid 94 point rating, this Merlot-based blend is a great value with lively red currant and pepper flavors.

While Decanter rates other Merlot blends slightly higher, the 2005 Château L'Évangile is the magazine's top rated blend that has a high percentage of Merlot (85 percent). It also has some Cabernet Franc added for balance and structure. Decanter awarded the 2005 vintage 99 points, but you'll pay a premium for this wine at about $300 per bottle. Wine Spectator rated the same vintage 100 points, so it's clearly a very good wine, and other vintages fare quite well, too. For example, the 2018 vintage received a 97 point rating.

James Suckling's #1 wine in the Top 100 Wines of 2018 is a Merlot-based Bordeaux blend, the 2015 Château Canon Saint-Émilion. It's a blend of 70 percent Merlot and 30 percent Cabernet Franc, and Suckling awarded the 2015 vintage a perfect 100-point score, calling it "seductive" and "flawless."

Wine-Searcher lists the Tenuta dell`Ornellaia Masseto as it's #2 World's Best Merlot (Château Pétrus is, not surprisingly, #1). It's not an inexpensive wine; you can expect to pay hundreds of dollars for a bottle, but James Suckling calls it, "...the most collectible wine of Tuscany." Look for excellent vintages including 2001 and 2008. It's a 100 percent Merlot wine. 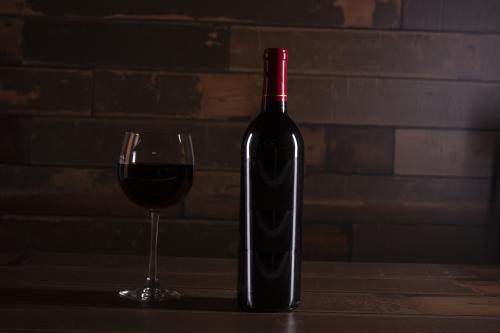 Finding the Most Recommended Merlot Wine

If you are a novice to selecting wine, ask more experienced wine buying friends and family for suggestions; or, if they can recommend a wine shop with a trusted wine professional on staff. Many wine sellers will break down their recommendations by price after learning your taste preferences, while others make suggestions based on honors received in wine competitions.

Merlot has its roots in Old World wines, but the New World is quickly catching up in quality and style. Each harvest inspires winemakers to try different techniques and processes to create Merlots superior to the last bottling.