When picking up your next bottle of sparkling wine or Champagne, try one of the best award-winning sparklers. Many consumers assume that all sparkling wines are called Champagne, or that Champagne is vastly superior. To be called Champagne, a wine must be produced from grapes grown within the designated Champagne region of France and follow strict production rules. In some cases, other sparkling wines are identical in the method of production, but they come from California, Australia, or other Old World wine regions. It doesn't necessarily mean the wine is inferior, just that it is not produced in the Champagne region.

Sparkling wines can cost anywhere from $8 a bottle upwards of $700 -- and there's a delicious flavor to be found no matter what the cost.

For a real splurge, get your hands on a bottle of the 1993 Dom Pérignon Oenothèque Rosé Champagne. It's one of the more rare vintages and the highest representation of the brand, also one of Food & Wine Magazine's top 10 prestige cuvees. According to Dom Pérignon, to be labeled a vintage year wine, it is released after seven years aging, and only the Dom Pérignon cellar master can decide if and when a vintage is released, thereby granting it the OE label. To carry the OE label, it means the wine has reached a second peak in maturity (typically 15-20 years after harvest) or a third peak (after 30 years on the lees). 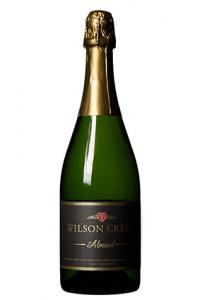 If you're from Southern California or visited the Temecula wine region, you are likely familiar with Almond Sparkling Wine from Wilson Creek Winery. It's called the "Oh My Gosh" wine and is now distributed in at least 25 states in the US. The naturally fermented, award-winning sparkling wine has a hint of almond and pairs well with both meals and desserts alike. This wine makes a great gift, as Wilson Creek Winery allows you to order personalized bottles -- perfect for birthdays, weddings, anniversaries, and holidays.

Rosè Secco 2014 by Azienda Agricola Moro di Rinaldini Paola of Calerno di Sant'Illario d'Enza in Reggio Emilia, Italy is bright red in color, with fruity and floral aromas. This Lambrusco features raspberry, currant and rose flavors on the palate, and pairs well with dishes like veal scappati. Rosè Secco 2014 is one of 90 Lambrusco wines to win the Diploma of Merit at the 6th annual Matilde di Canossa - Terre di Lambrusco wine competition in June, 2015. 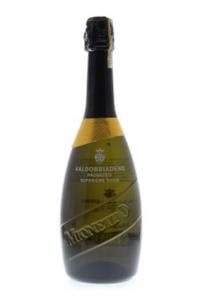 If you're looking for a much more budget friendly alternative to Champagne, Prosecco is a lighter and cheaper option. It's made from white Prosecco grapes, or Glera, that come from the Valdobbiadene/Conegliano region of Italy. Prosecco is not only enjoyed on its own, it's a key ingredient in the signature Bellini cocktail. Richard Baudains is the Regional Chair for Veneto at the Decanter World Wine Awards (DWWA) and weighs in on his favorite Prosecco wines, like the NV Perlage Animae Brut, Valdobbiadene Prosecco Superiore 2010. This wine also received 86 points from Wine Enthusiast.

If you travel through the Catalonia region of Spain, you can't get far without trying the Spanish sparkler, Cava. Cava is made the same way Champagne is produced, but with different grapes. Recaredo is recognized as one of the leaders in Cava wines, and Decanter Magazine agrees, awarding this 2006 vintage 95 points in a wine review. 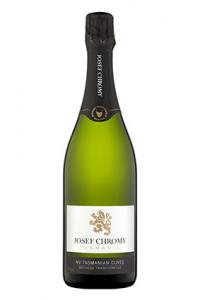 Crémant Giersberger Brut Alsace Sparkling Wine is a blend of 80% Pinot Blanc and 20% Pinot Auxerrois. Grapes are hand harvested along the fault line of Ribeauvillé in France's Alsace region and subsequently aged in the bottle for a minimum of nine months. Crémant Giersberger Brut Alsace Sparkling Wine won a Gold Medal at the 24th Le Concours National des Crémants that took place in Ambois, France, in the Loire Valley in May, 2015. 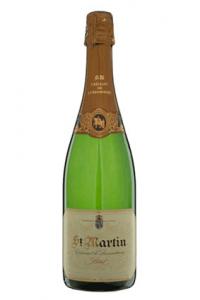 Crémant St Martin Brut is from Caves St Martin in Remich, Luxembourg. A blend of Riesling and Pinot Blanc, it also has a touch of Auxerrois for balance. Made according to the Champagne method, it's aged for a minimum of 24 months. You'll find aromas of pear, quince, and hazelnut, and it pairs well with shellfish and seafood. Crémant St Martin Brut was a gold medal winner at the 29th Concours des Crémants de France.

It may surprise you to see a wine from the United Kingdom, but there is a growing number of UK wineries producing sparkling wines. The 2015 winner of the Decanter World Wine Awards Gold Medal and Regional Trophy for UK Sparkling Wines is the Coates & Seely, Blanc de Blancs Brut from Hampshire. Made from 100% Chardonnay, this wine provides a toasty aroma with lemon and green apple notes. 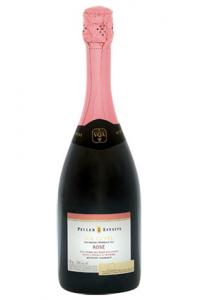 For a little something different, try a sparkling wine with a dosage of icewine from Ontario, Canada. Peller Estates makes their Signature Series Ice Cuvée Rosé, which won a gold medal at the 2014 Ontario Wine Awards. This wine is a blend of 70% Pinot Noir and 26.5% Chardonnay, with 3.5% of Gamay Noir to add some berry character. Made in the traditional method, this sparkling wine has a dose of Vidal Icewine to add its final flavor.

The world of sparkling wines is ever evolving -- everything from loads of sweet dessert sparkling wines to vintage Champagnes that can surpass a mortgage payment. If you're not very familiar with styles, it's best to try a few budget friendly sparkling wines and learn what you like. For more advanced wine drinkers who want to master more in-depth sparkling wine topics, consider Wine Folly's educational sections like Beyond Champagne: 23 Sparkling Wines of France or Champagne versus Prosecco: The Real Differences. When it comes to purchasing and serving sparkling wines, wine expert Kevin Zraly offers up some helpful tips.