You'll find plenty of powerful and delicious Chardonnays from Sonoma County's Russian River Valley, but the Aubert East Side Russian River Chardonnay is one of the best. Critics love this wine; it frequently receives ratings above 92 points, and sometimes even achieves perfect 100 point ratings. It's not an inexpensive wine - release price is often around $150 per bottle. However, what you'll find in the bottle is a high quality Chardonnay with complex flavors and good aging potential. Try also the Aubert Chardonnay Carneros Larry Hyde & Sons; the 2016 vintage was Wine Spectator's #6 wine on their Top 100 list for 2018.

Fortunately, there are many great Chardonnays from California that don't cost hundreds of dollars, and the Calera Central Coast Chardonnay is a good example of this. From vintage-to-vintage, it receives excellent ratings from critics, and the 2017 vintage received a 96-point rating from Wine Enthusiast, topping their list of best California Chardonnays. You'll find the wine for about $50 per bottle, making it a great value.

This is a consistently good Chardonnay from the estate-grown mountain vineyards of Peter Michael Winery. The Peter Michael Point Rouge Chardonnay receives an aggregate rating across vintages and critics of 95 points. It's not an inexpensive wine; you'll pay $150 and up for a bottle, but inside you'll find a powerful and complex Chardonnay that critics and consumers love; Wine Spectator rated the 2012 vintage 97 points. 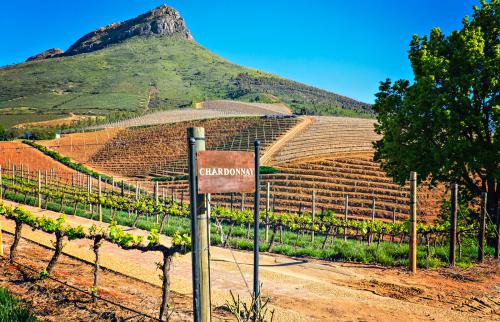 Vivino chose the 2014 Jarvis Finch Hollow Estate Chardonnay as their top Chardonnay from Napa in their 2018 Wine Style Awards. Unfortunately, it's hard to find the 2014 vintage on the market currently, although some does come up at auction. That doesn't mean you can't try this Chardonnay from other vintages. The wine is consistently highly rated, and you can buy it direct from the winery or from other retailers. It costs around $150 per bottle.

Coming in at #9 on Wine Enthusiast's top 100 for 2018 is the 2015 vintage of Ramey Sonoma Coast Chardonnay. It's the top rated Chardonnay for the year according to Wine Enthusiast, and the publication says it has "richness and delicacy". It's an affordable Chardonnay from California, costing around $42 per bottle. Wines from other vintages are consistently highly rated as well.

Kendall-Jackson's Chardonnay comes from a mass-market wine maker, and it may lack the subtlety and complexity of estate-grown Chardonnays from big-name producers, but it's still a very good budget-friendly Chardonnay for people who enjoy a nice wine that doesn't cost an arm and a leg. Wine Enthusiast awarded the 2016 vintage 91 points, and it costs less than $10. That's a real bargain for an enjoyable Chardonnay.

Since the middle of the 1800s, northern California has been famous for its ability to grow world-class grapes for winemaking. The climate and soil of areas like Napa Valley and Sonoma County are ideally suited to winemaking, and since the 1940s and 1950s, this region has been producing some excellent Chardonnays.

Chardonnay, a clean-tasting, dry white wine, is the most popular wine in America. This versatile beverage goes well with a variety of dishes, from seafood to pasta, and it's on the menu in most restaurants. Most of America's Chardonnay wines come from California. In fact, industry experts say California-grown Chardonnay accounts for a third of the wine purchased in the United States.

Whatever its price or popularity, a good bottle of California Chardonnay is versatile and sure to please most wine consumers. As you try different California-grown Chardonnays, look for a bottle with the following characteristics:

Also, look for the following on the Chardonnay wine label: